Not so much Breakfast at Tiffanys but after a late start its one block down to Schilo's Delicatessan for breakfast.

Schilo's is the oldest German restaurant in Texas and has been operating in various locations over the years. It was first a saloon opened in Beeville, TX and in 1914 Fritz Schilo moved his family to San Antonio. The saloon closed in 1917 with prohibition but they opened a Delicatessan the same year with Mrs Schilo making many of her specialty treats. 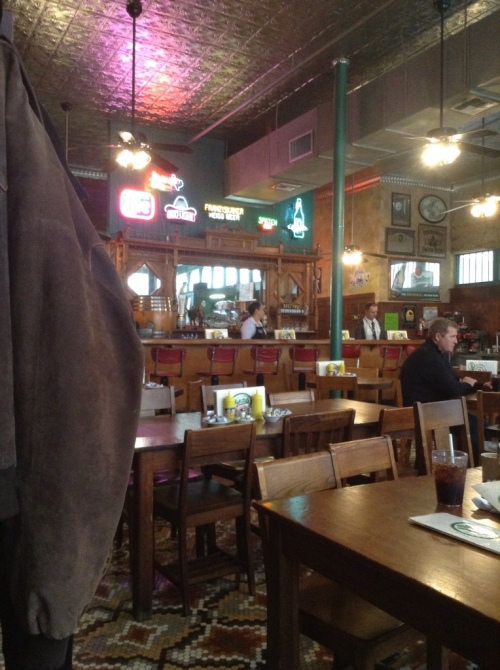 They survived the depression and the restaurant still operates today, still owned and operated by a German family (no longer the Schilo family though).

The walls seem to be the original, some of the pitting in the concrete might indicate they have taken off some of the previous fixtures and the ceiling is pressed tin. 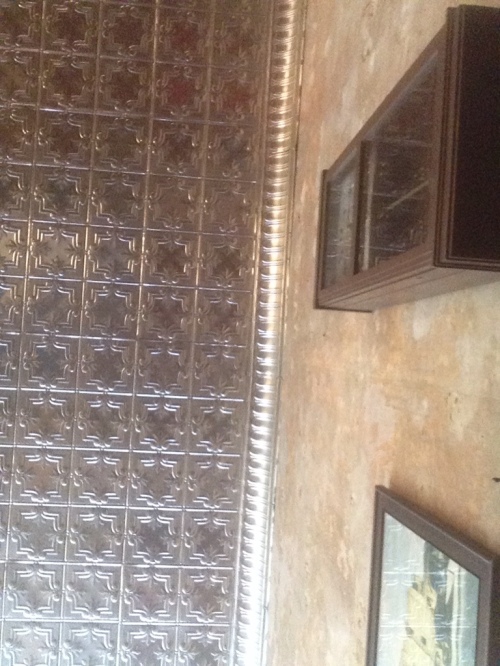 We found this place in 2012 when we visited and would definitely come here again. From the Menger it's only half a block!!