Oh yeah, so last Thursday we were heading here to Albuquerque, breakfast on the way, making a quick stop in Weatherford at the Thomas P. Stafford Air and Space Museum….as you do.

We have driven past it a number of times and it's the usual, 'we should stop and have a look at that place one day'. So this day we finally did! 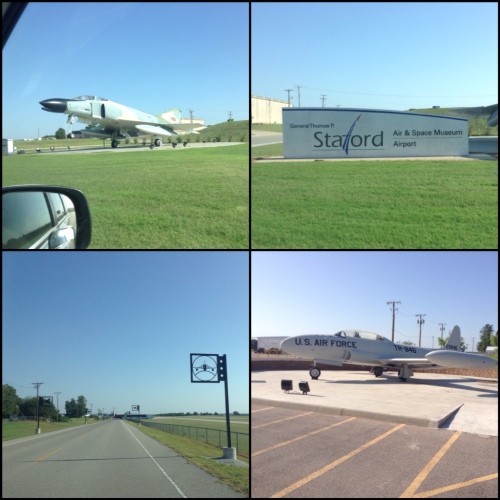 In we trotted. To give some small background General Thomas P. Stafford is a well respected Oklahoman, and indeed throughout the nation, a man who was an author, fighter pilot, astronaut and test pilot. He commanded Apollo missions.

Inside the museum there are a number of planes from the Wright brothers days to the Lindbergh non stop Atlantic flight in the Spirit of St Louis, WWI fighters, experimental aircraft and modern day marvels.

Then there is a whole section on space exploration including the Russian joint missions during the space race. There are replicas of satellite launchers from around the world and unique information boards to imagine how much 'John Deere' horsepower it would take to fire up just one F-1 engine.

Anyway, from the information we read in the museum Stafford was a very influential man both in flight and space, not only flying during service, commanding missions in space but teaching others to do the same and his expertise in these fields earned him the highest honours and Congressional Space Medal of Honor.

All in all, this was a neat little museum and is worth a visit, takes about an hour. 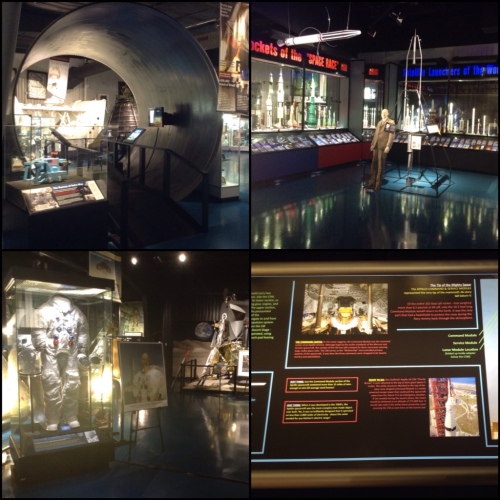 Now it's been a wild weekend but I'll get to that tomorrow after the Wild Bunch dinner and awards are done.

P.S. Well it's today now as the bugs were finding the light of the iPad in the darkness last night. Wild Bunch Awards and dinner tonight. Will do Wild Bunch blog tonight! 🙂