Thursday 17th August, whilst in Prague, Jack having an interest in history of past wars and effects chose to do a Communism Tour.

Not having known a great deal about it (history was not one of my subjects at school despite my obvious and very keen interest in it now) I thought this could be an interesting diverse look at Prague.

Now Katarina, our little tour guide, is only 30years old and has lived through part of this as a very small child. Her parents and grandparents however, lived through those turbulent times.

She was a wealth of knowledge. At this point it is now your turn for a history lesson in what I have recounted from her imparted information as we walked for, yet again, miles of Prague. (a little tram travel as well)

As previously mentioned in other blogs, originally Czechoslovakia was part of the Austrian Hungarian empire until during WWII it came under the Munich agreement.

Germany occupied Cžech until the end of the war when Russian troops moved and took it over. Czechoslovakia, disenchanted with western countries at the time, cooperated with the Russians.

They later came to find that power was being misused and the following elections communist parties were not being considered.

Along came the ‘Bloody 50’s’ and the ensuing protests came with imprisonment. One notable woman was accuse of treason and subsequently executed. She is said to be the only woman in the country to be executed for political reasons.

Ten others were executed and 48 imprisoned just for being associated with her. Another 248 ‘inconvenient’ people were executed and 2500 imprisoned around the 50’s. (Think a good majority of us can take a moment and be very thankful for the lives we have lived and are living)

I’ll try now to shorten some of the other notes I took down from this tour but I think you will find it interesting nonetheless.

During our visit to Prague there were display boards of photos, a tank and a nightly cinematic display at the front end of Wenceslas Square. The anniversary of Russian tanks being sent in to ‘liberate’ the country on 21st August, 1968.

This caused massive protesting and 100 people died including a young Jan Polak who set himself on fire in protest of the occupation. He died 3 days later. His death mask cast in bronze is installed in his memory on the side of a building.

It is sad to think that someone would think protesting in this fashion would do them good by harming themselves in such a dramatic fashion. But like Polak, 13 others attempted this method of protest.

The 80’s brought with it another revolution around the time of the wall coming down in Berlin in 1989. At the start of the revolution in ’88, Katarina’s parents brought her to Wenceslas Square where hoards of people protested shaking their keys. (I got nothing….I have no explanation written for the significance of this)

17th January, 1939 – students who protested were sent to concentration camps. To this day that anniversary has been known as the Day of International Students.

A memorial for this is prominently placed in the city where the most conflict between students and police took place.

The year 1990 saw the beginning of the Velvet Revolution. Velvet as smooth as the fabric is, to indicate a smooth transition to peace.

The Velvet Revolution came to conclusion in 1993 when the country split and became Cžech Republic and Slovakia.

In our travels Katarina provided other, somewhat trivial information as we passed different places. Like;

So next stop on this tour is a visit to the bunker. Yes you read it right, a bunker.

The metro system was designed as an underground bunker but could really only hold half of the city’s people.

We head to one of the bunkers entrances through a bizarrely graffitied, gated, outdoor bar in semi suburbia??!!

As Katarina unlocks the door she explains the bunker. Built in 1952-1955 it features a 4000kg/4t door, stairs take you to a 60m depth and could accommodate 5000 people. That would give each person around half a square meter of space.

Now it is supposedly ready as a shelter for 2000 people. Probably a two week stay is all that’s possible. It you wouldn’t be any better off other than living a few days longer as there would be no supplies etc up top for replenishment anyway. She said she would, in what I would call true Czech tradition, head to the nearest pub and live out your last days drinking beer! 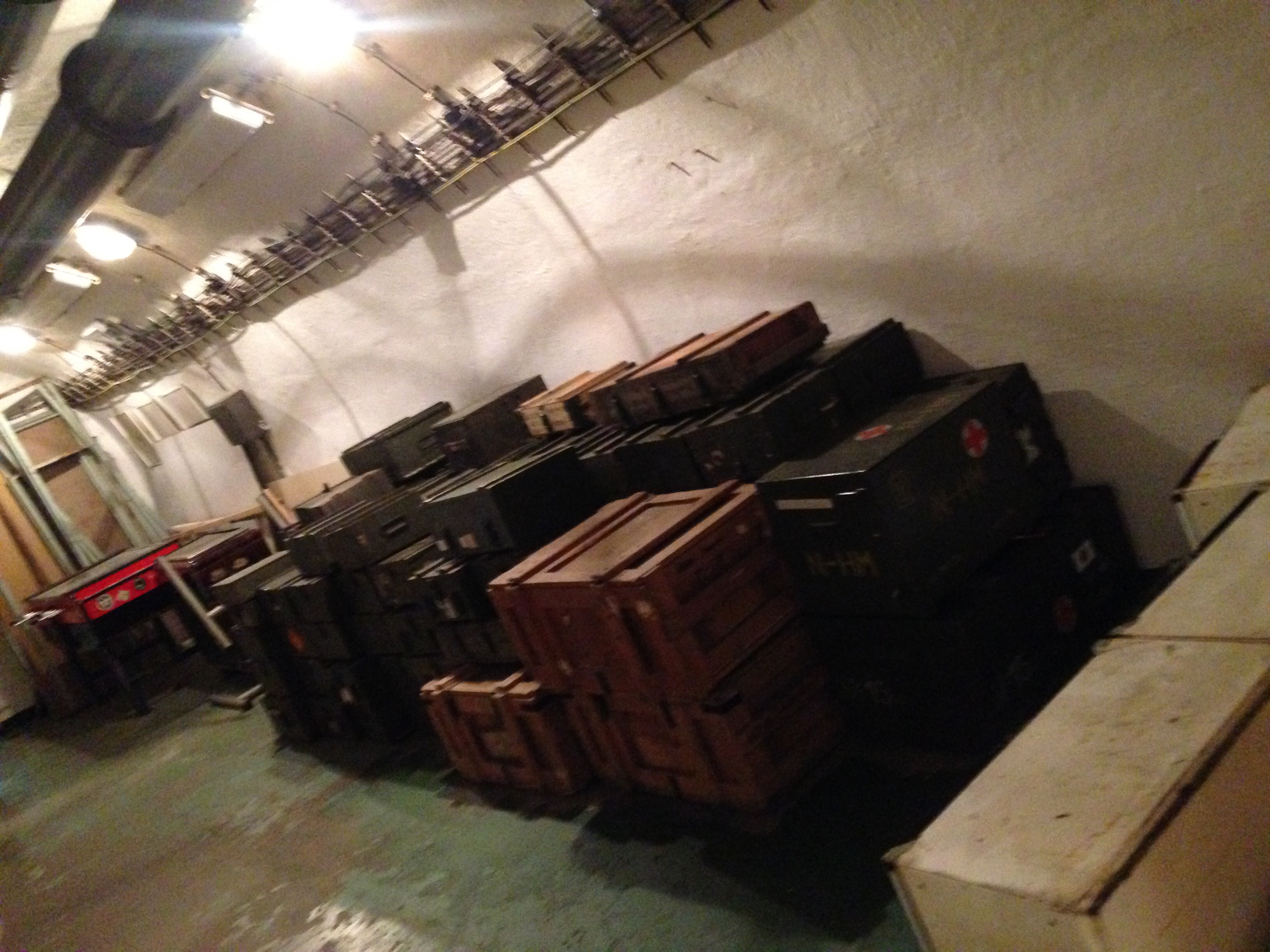 The last sections of tunnel we went into had some displays of older gas masks, hospital supplies and their practice propaganda for such an event. 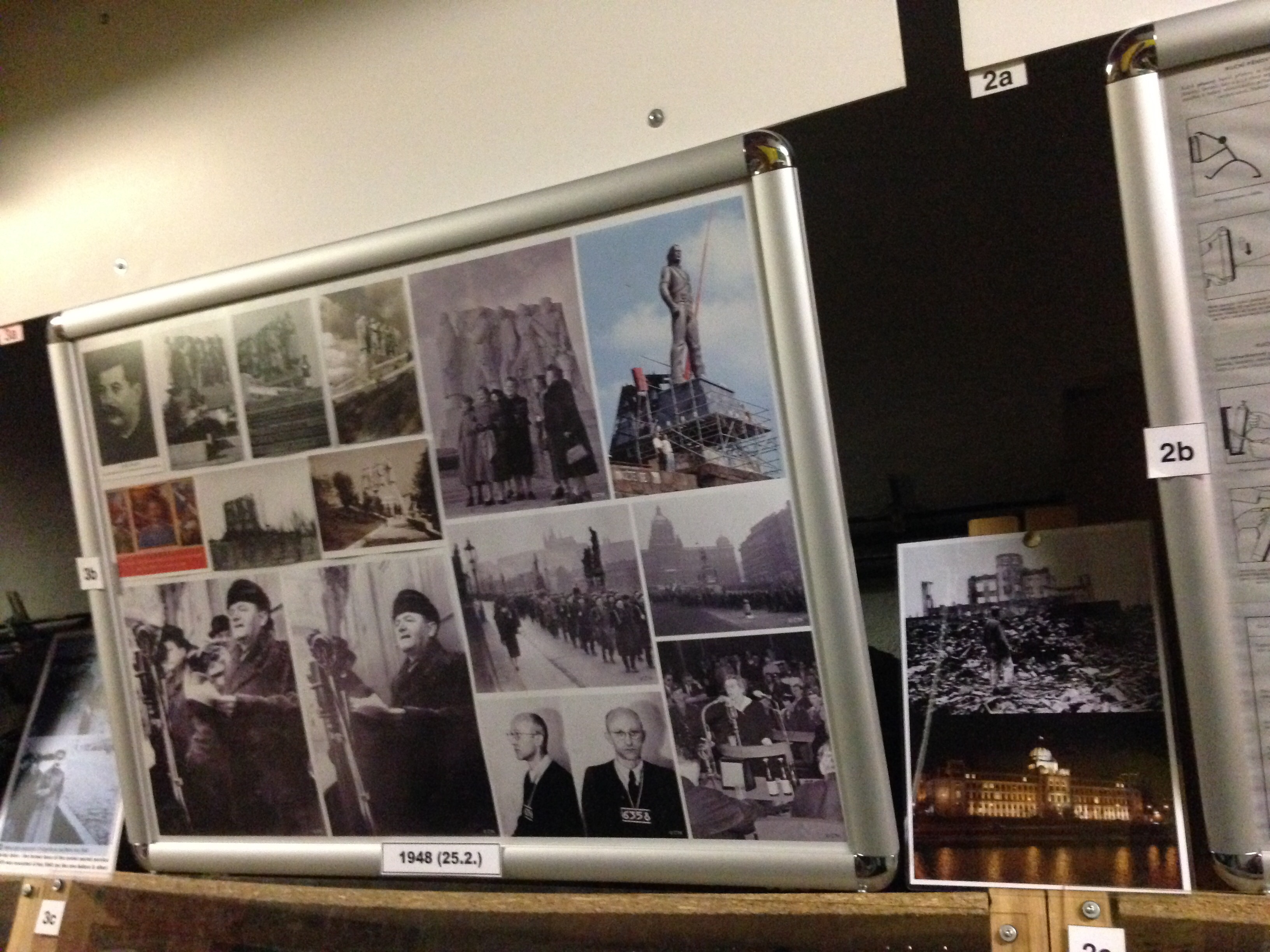 There are 5 entrances in total, decontamination rooms and a 3stage filtration system for clean air. (Wish I could insert my surprised, wide eyed emoji in here) 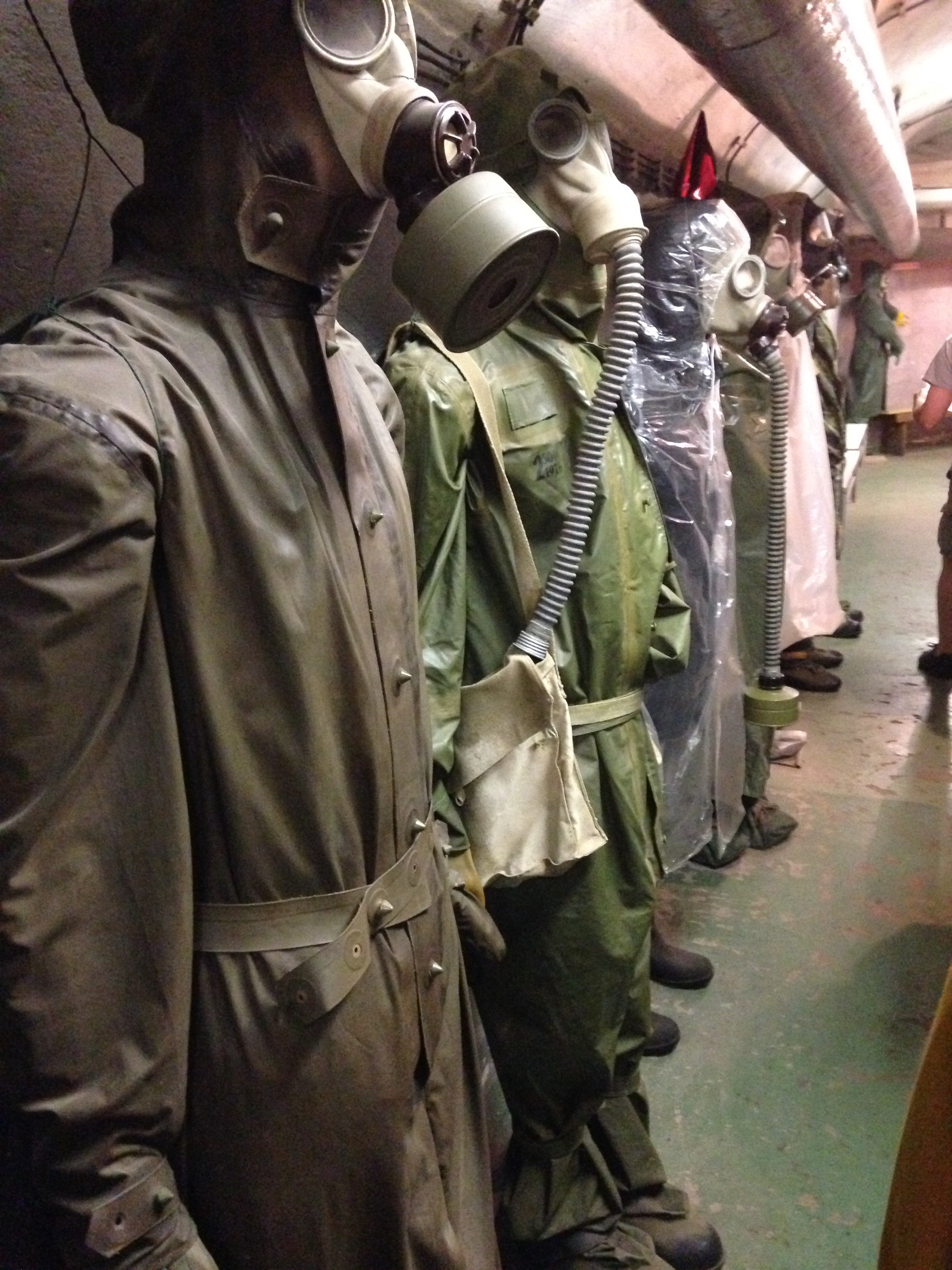 On a final note before we headed back up above ground to appreciate the fresh air and sunshine Katarina told us that The Rolling Stones were the first band to play in Cžech Republic after the Revolution in 1990. They gifted money for electricity to be installed in the Prague Castle for the presidential offices.

Bet you didn’t know that bit of trivia!?