On our meanderings up through New Mexico from Moriarty we headed for Raton and a side visit to Capulin (pronounced Car-poo-leen).

Jack had read about Capulin Volcano National Monument and had decided we would make a stop. 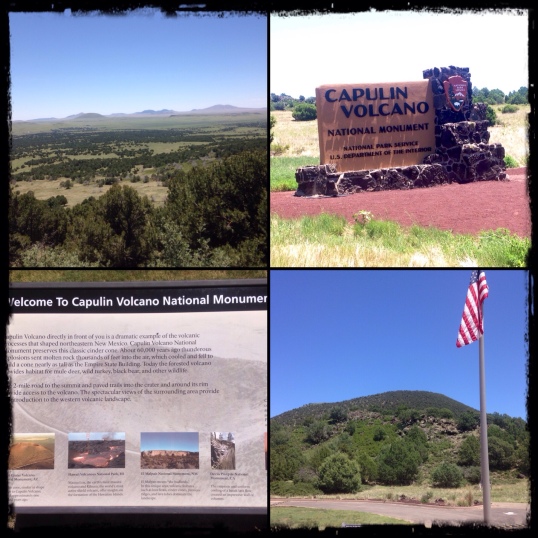 This now inactive volcano at its peak is 8182ft above sea level and is covered in rich volcanic soil and forested habitat.

An aerial view of Capulin from Wikipaedia. 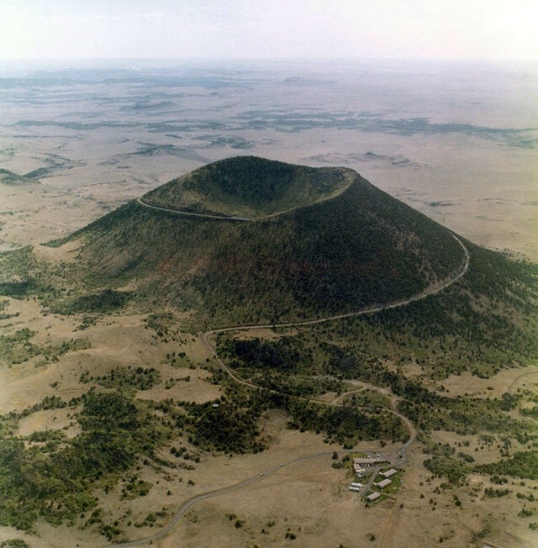 Part of the National Parks scheme it is $15 per vehicle to go to the top, where you can take a couple of different hiking trails. One goes around the top rim and one shorter one down into the cinder cone volcanic crater itself. Be prepared for a steep climb back out though on a well paved path.

At the top of the Volcano you can see to parts of New Mexico, Oklahoma, Texas, Colorado and Kansas.

It was President Woodrow Wilson, in 1916 who would have Capulin Volcano set as a National Monument. 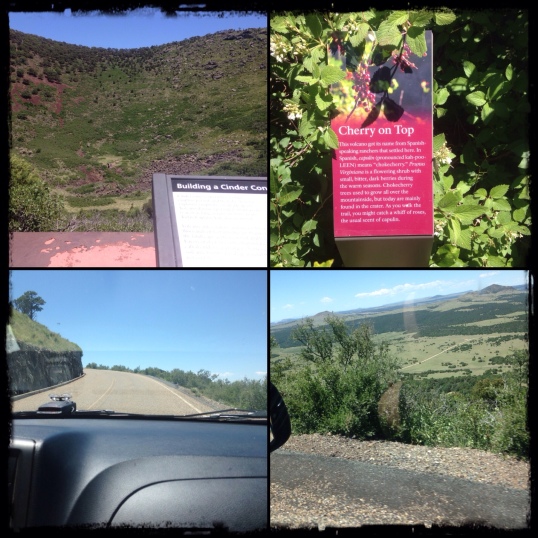 From here we took a right out of the park gates and headed for Folsom, all we found was a tiny little town, didn’t go into the museum and the historic hotel was closed.

Back on the road our next stop would be Trinidad, Colorado and on to Limon for the night.

Tuesday we headed NW to Cheyenne and on to Wild Horse John and Saginaw Sue’s – Wild Horse Haven as I like to call it.