Breakfast was had and we were heading back through the Main Street of Miami and through the gate of Oklahoma.

Made a short stop at the Vintage Iron Museum which houses many of the old ‘iron horses’. Found my all time favourite Harley Davidson Soft Tail, check out the price tag!! I love the colour too, I could live with that. 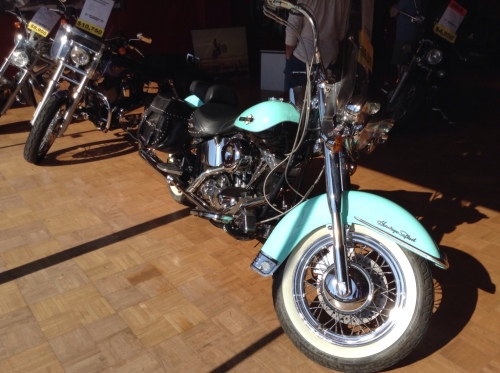 They had Indian, Harley and Triumph bikes and a an exhibit of Evel Knievel here. 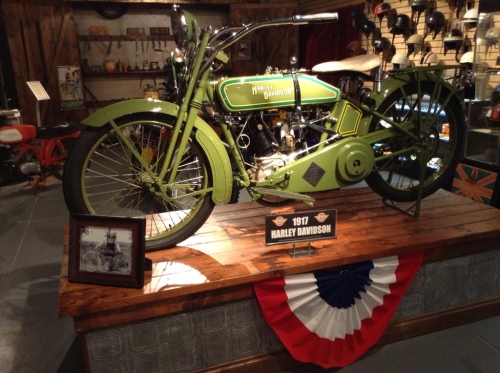 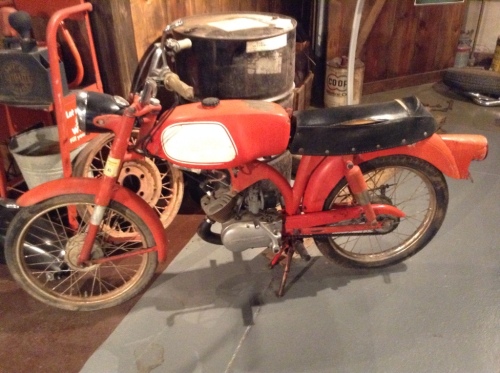 Quapaw – O-Gah-Pah – a small town that was heavily hit by a tornado last month, site incredible. We sat in the car waiting for a builder to find some one and give us directions to the Indian Museum, looking at a half destroyed building. (Pieces of 4×2, like pins in a pin cushion) Gentleman we spoke to where they were doing rebuilding said thankfully no one was killed.

At the Museum we spoke with a lady about many of the artefacts and photos there. She explained the allotment roll with the Indian names of those moved into the Oklahoma Territory who were then issued land lots.

She told us the difference between ‘pure’ blood and ‘full’ blood and went on to say about Jean Ann Quapaw Blue and her husband were the last of the pure bloods. She also said Jean Ann Blue was her Aunt, before we left I asked her name, she is also Jean Ann (Lambert) and I commented then to the connection I made with some of the pieces in the first cabinets I had seen that she had of her Aunts.

Very interesting, in it’s early stages and will be expanding soon.

Baxter Springs, Kansas – again where tornadoes hit and yet everywhere you look there are people out repairing and rebuilding.

Found a sign for their Historic Museum and decided to stop. Glad we did, spent about 2 hours there, lots of original pieces from Civil War and through their mining history etc. lots of display cases with pieces donated or dug up out of the ground. Very nicely laid out. 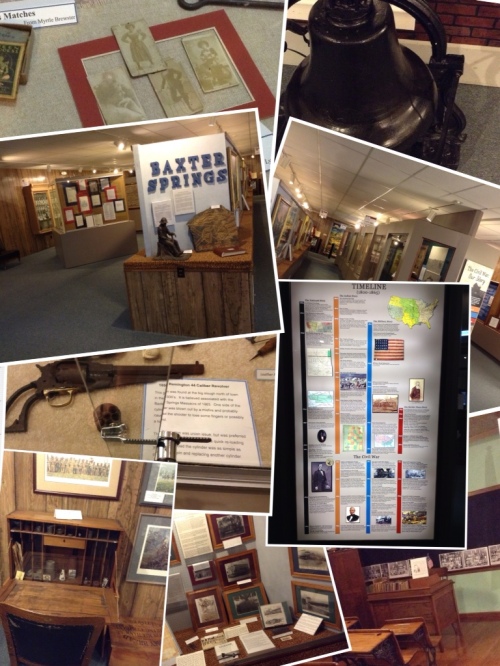 I also spied a picture of a late 1800’s gown, the woman sporting a pocket watch (I’ve been reading about them in the hopes of including a pocket for one in a bodice at some point) tucked into her bodice worn on a brooche chain I think, can’t quite tell if it’s a necklace one. 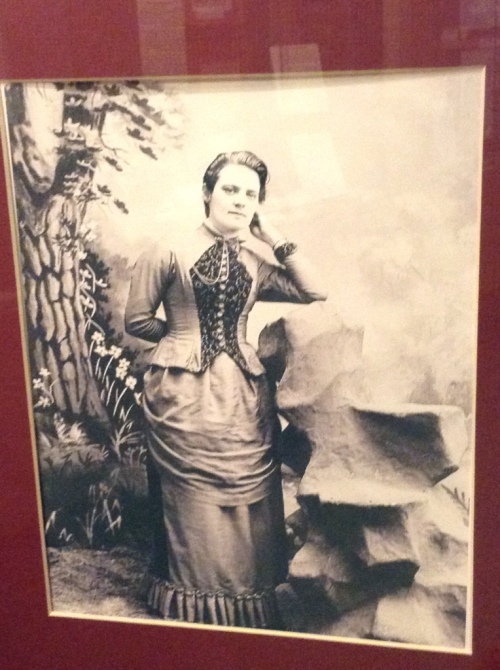 Downstairs is the town like set up showcasing different professions and then the mining area. Very much steeped in history their were so many mines in this area or Picher (a sink hole waiting to happen), the water table is so high that during the mining days they had to continuously pump out but when they were finished in each shaft would then turn the pumps off and let it fill up with water.

Back in the car and we are back on Hwy 69 now and heading up to Pittsburg, Fort Scott – every now and then you just have to Sonic! Hot dog and Oreo Cheesecake Shake for me and Strawberry Shake for Jack. Yum!

Didn’t have to leave the car which is a good thing, see?! Nothing like giving yourself a pedicure on the road. 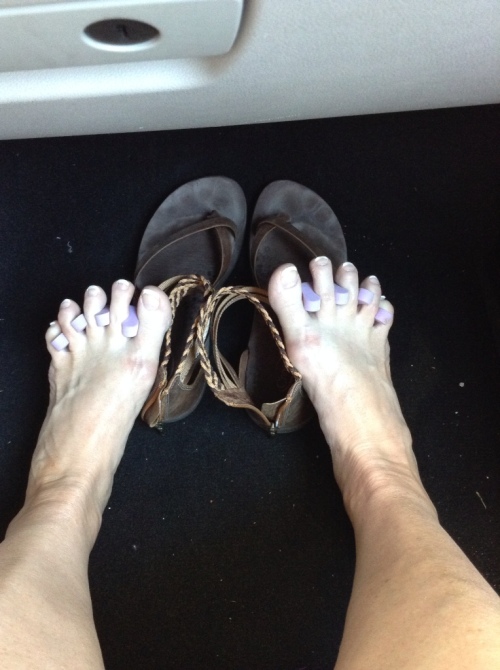 Okay so we weren’t going to deviate off the path but we saw the sign for the National Monutment Site for Fort Scott and decided to go check it out, and are we glad we did! 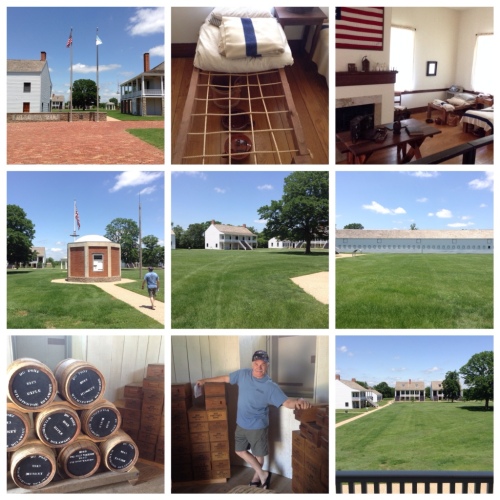 Some archaeology works had been undertaken and the National Parks have had the Fort re established as it was in the Civil War, a then functioning barracks, hospital, dragoon stables and barracks, post headquarters, officers headquarters, a carriage house, powder magazine, quartermaster storehouse and guardhouse – all situated within walking distance of the old town Main Street with it’s many ornate buildings.

Some of the buildings have been done in period furniture etc, the hospital with its ward of rope based beds, the stables are just gorgeous for the timber work alone! The dragoon barrack, shows the dormitory bunks which we thought were quite spacious to start with until we realised there were two names on the foot of the beds which means they slept two soldiers in each (I assume top and tail) so they really didn’t have much room at all and would not have been particularly comfortable. 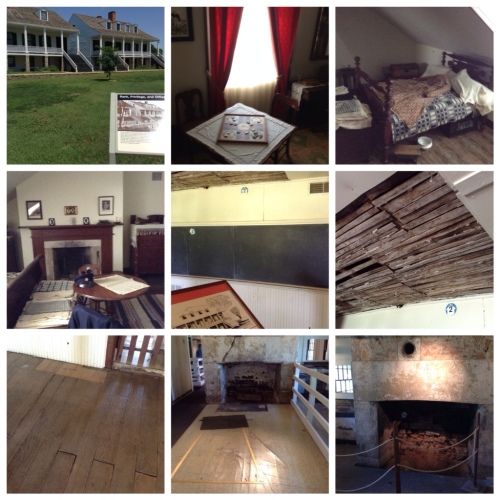 The quartermasters storehouse has all the barrels of salted pork, bins for rice and beans and down in the cellar there are some very old kegs. I felt a little uneasy coming up out of the cellar, maybe there were other ‘visitors’ in that area, was glad to breathe the outside air again.

The guardhouse our final stop before heading off, had an interesting slanted board built into one side of the room which turns out to be the guards sleeping rack, that’s about all you could call it. No bedding, they took a kip on there during there 2hr on, 4hr off 24hr shift. Four confined jail cells in back for the long termers and a group cell.

While I’m busy taking a pic of the cell door to my height and the next cell door for comparison Jack says, “There’s three girls on the floor in there” and I’m like, “What??”. Of course he just wanders out and when I get to the cell door I started laughing, I will pay that one! Can you see it in the pic below? 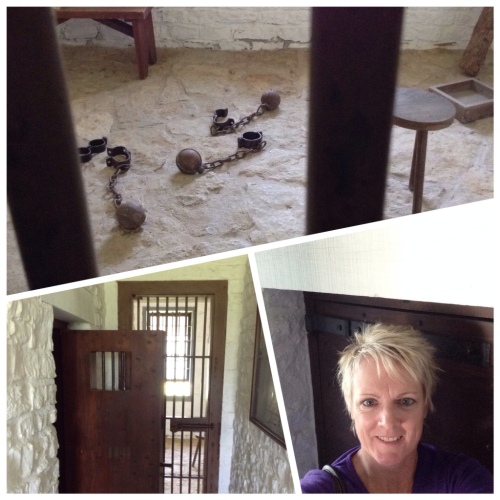 It’s warm, that Shake is not sitting too well now, glutton! 🙂

Back in the car and let’s get to Lenexa!