After cleaning the car last night and Jack doing final internal touches while I did laundry we are heading through Santa Fe and stopping in Taos (pronounced touse – thanks Melody!). 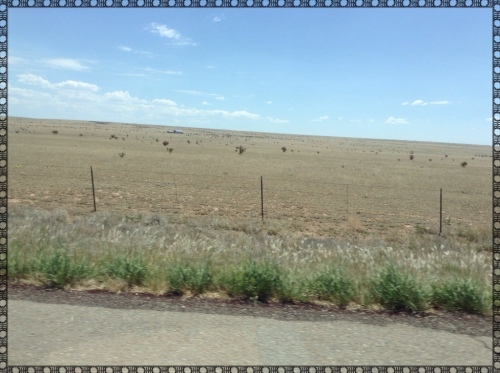 Through Santa Fe and Espanola just outside of Taos and landscape is changing again. It's a little greener and the gorge looks spectacular! Called Horseshoe Bend ?? We didn't go out to Rio Grande gorge and the bridge though.

In Taos, we had a nice lunch at the Gorge Bar & Grill out on the deck overlooking the plaza and then walked some of the many, many shops before heading out to check out the Taos Pueblo. 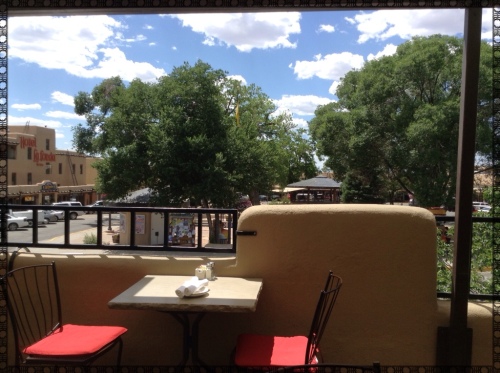 What an interesting place that is, the current church, which we thought looked a bit new gets taken care of each season like the rest of the traditional adobe buildings and the church has been there since 1850!

The original site for the San Geronimo Church was where the cemetery is and was built around 1619. It was rebuilt a couple of times after conquests and revolts in 1680 and 1706 and then after the 1847 overthrow when Governor Charles Bent was slewn by natives it was reconstructed on the site where it is today.

The Taos Pueblo is a world heritage listed site known as the first living world heritage. In the confines of the original walls they still maintain age old traditions, no electricity and no running water, drawing water from the Red Willow Creek that breaks up the North and South. 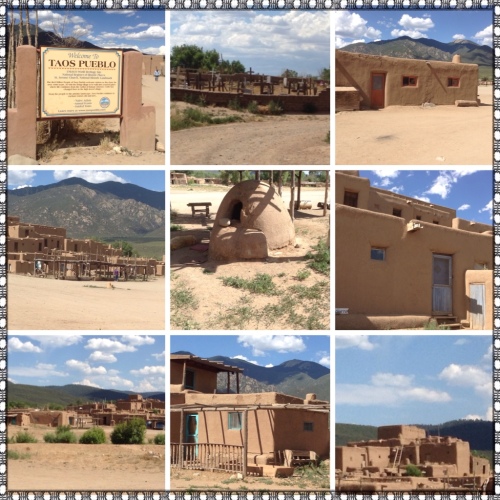 Tonight we are in Walsenburg and will head onwards to Fort Collins tomorrow.