Mesmerising, I mean I've seen snow before but not really experienced the delight of waking up and watching snow fall in your backyard. I can hear some of you groaning now as you have had to shovel driveways already and have what seems to be a long winter ahead.

Some places see it in Australia, in the Blue Mountain foothills near Sydney and certainly in Victoria and Tasmania where snow is plentiful in different areas, well and the occasional freak occurrence in Canberra but not for me!

It started at 9am and is steadily increasing. I'm like a little kid, I can't stay away from the windows watching it and yes I do have much better things to do with my time!!

The outdoor table is now beginning to look like a lattice work pie topped with a dusting of icing sugar! 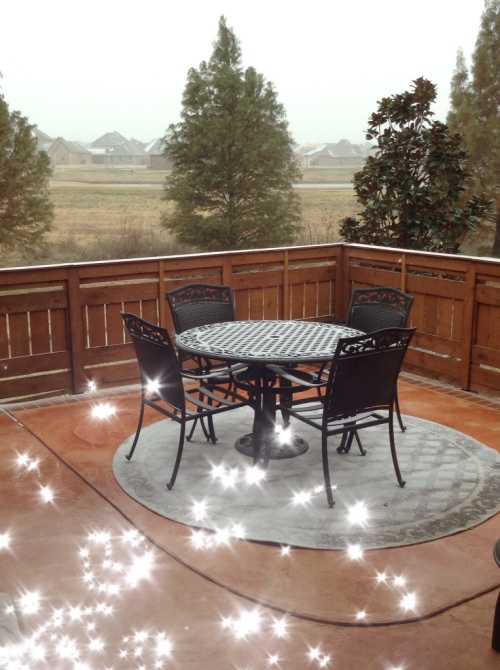 The roofs of houses have snow settling on the shingles and it is building up round the bases of some trees, edges of the footpath and on the leaves of the magnolia tree.

Sigh, looks amazing but I better get to some work!

P.S. Since typing this and playing with photos that don't look like much – the flakes are getting bigger and there's more white stuff!!!