Santa Clara, part of Washington County, Utah, is the original settlement of 1854 in the St George area.

We visited the home of Morman missionary, Jacob Hamblin and had a short tour talk by Sister Bunnting.

Along with 6 other families, he was sent to the Santa Clara area by Mormon prophet Brigham Young (for those of the modern day world, you should remember that name from the Hell On Wheels series) into the Cotton Mission known as 'Dixie'.

Jacob Hamblin was a missionary and conduit to the Indians for many years, living with them and assisting in the movement of Indian trains to California. He wore a red bandana which symbolised he was a friend to the Indians. 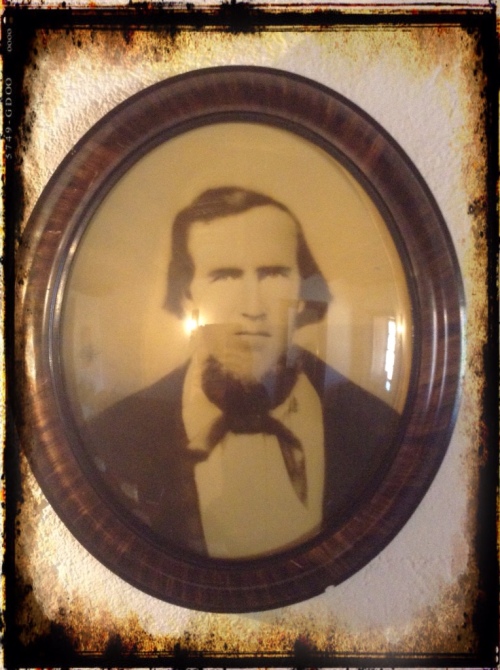 He was trusted by the Indians and often stood up for them in dealings with the Government and other people. He was a quite shy man who never showed anger or fear as that was known as a sign of weakness to the Indians.

The fort the Mormons came to in Santa Clara was situated close to the Santa Clara River. When the great flood of the Santa Clara and Virgin Rivers occurred in the 1800's it took out 3 sides of the fort. Hamblin then built this house high up on the hillside where he hoped another flood would not reach them. 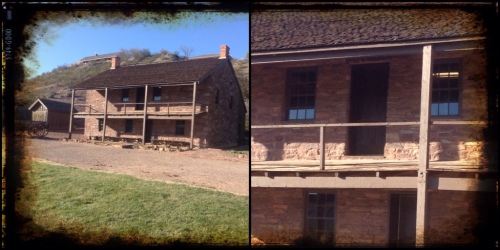 At the time he had 2 wives, one in each of the front side rooms and of the 24 children they raised (some were adopted) 10 lived in this home. Jacob would have slept in the central room.

The table setting interestingly enough is set as they used it then. Chairs were turned facing out so you would kneel to pray before eating. Once prayers were said you would turn your seat around to eat. The plates were set face down literally to avoid dust and dirt on your plate but no explanation as to why the silverware (cutlery) was placed as is. 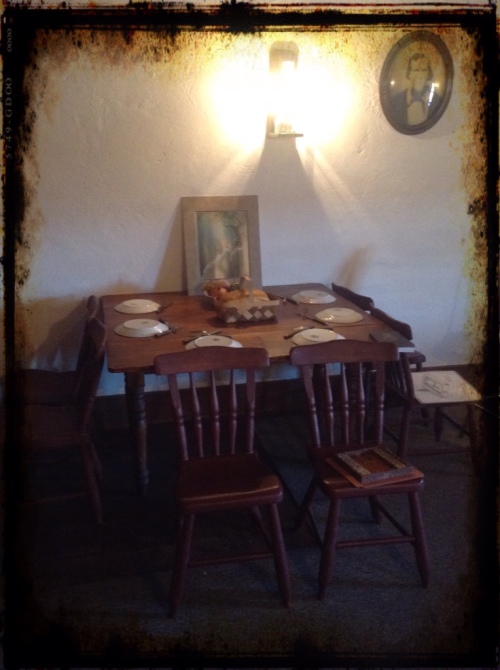 Later a room was dug out at the back of the central room and used as their root vegetable cellar. The saddle displayed in this room was Jacob's. The pouch on the side of the saddle was for his scriptures and although he carried a gun he believed the word was mightier. The hobbles hanging on the wall were used so the horses could graze without wandering off when he was out on missions.

Into the left front room and on the mantle is pictures of two of his wives. There has been no picture of Rachel found but these are of Priscilla on the right and Louisa on the left. The furniture, quilt, rope beds and straw mattresses are all original.

Ascending a very narrow staircase into the upstairs room which was for the children for sleeping, church, schooling, teaching carding of cotton ready for spinning etc.

The central door on the front wall leads out to the slanted verandah roof where they used to lay food out for drying. 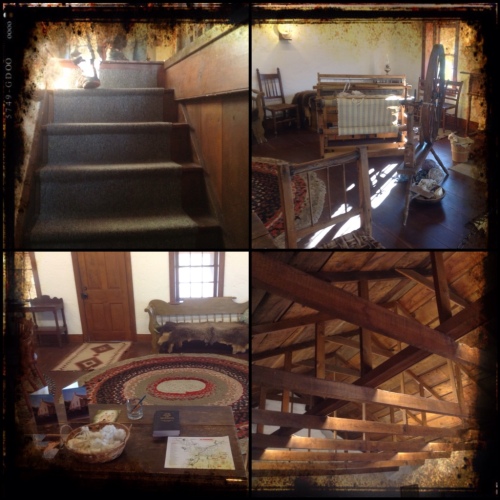 When they extended and dug out the hillside for the root cellar an additional upstairs back bedroom was added for the girls to have privacy. 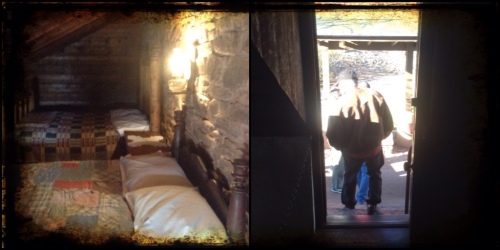 Going outside the door to ground level the final piece of the tour was the rock piece displayed. When his wife Rachel died in 1865 he was away and he was so distraught that he couldn't be there to grieve with his children that he carved his name into a rock and the date she passed away. The petroglyphs on the rock are reportedly to have been there at the time of the inscription. 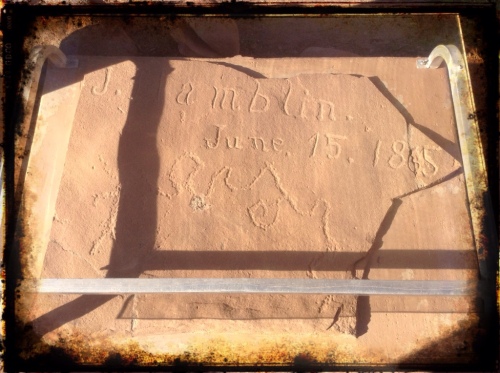 Anyway for a really brief bit of insight into Mormon roots and the cultural history of southern Utah this was a great little tidbit to start with.

For more info go to https://en.m.wikipedia.org/wiki/Jacob_Hamblin