Man, I've attempted this dessert before (Christmas 2014) without much success and what resulted in a brownish flat mess that tasted like pavlova and could be covered up with cream etc. you get the drift.

So for today's BBQ I decide I need to make it again after being inspired by Myskal's version for the Shanley's.

What is a pavlova I hear you say? It is a staple dessert for Australians during summer festivities, usually at Christmas time. However all credit goes to the land of the long white cloud as it originated from New Zealand. Hence my inclusion of Myskal 'cause that's where she is from! 🙂

So back to the dessert attempt. I think I have this gig pretty much sussed out when I find a Donna Hay recipe (famous chef in Australia) and think that is pretty easy – again perhaps slightly delusional about my pav making skills!

So let's have a crack! Got the egg whites (went for a carton of them from the store), got a ton of bakers sugar (otherwise known as caster sugar in Aus), got my whisk, although I seriously do miss my KitchenAid. Clean bowl, everything prepped ready to roll.

Okay so this is taking forever, only managing some sort of thickness where at least I can tip the bowl sideways and nothing falls out. 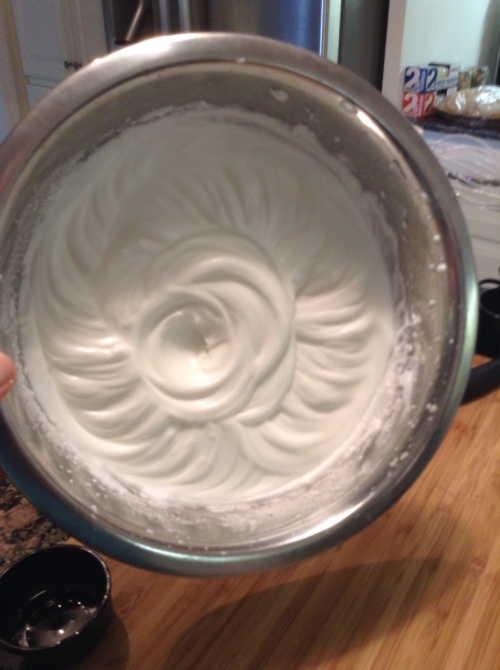 She'll be jake, should be right to add sugar!?!

Okay so recipe says add tablespoon at a time, waiting 30secs in between each. Rightio, timer on, let's go, I get through painfully a cup and a half of sugar and all I've got is this runny marshmallowy looking mess. Not….happy…Jan! (No reference to anyone in particular here, this was a line from a tv ad in Aus years ago, works for lots of things and is a bit kinder on the ears! Lol!) 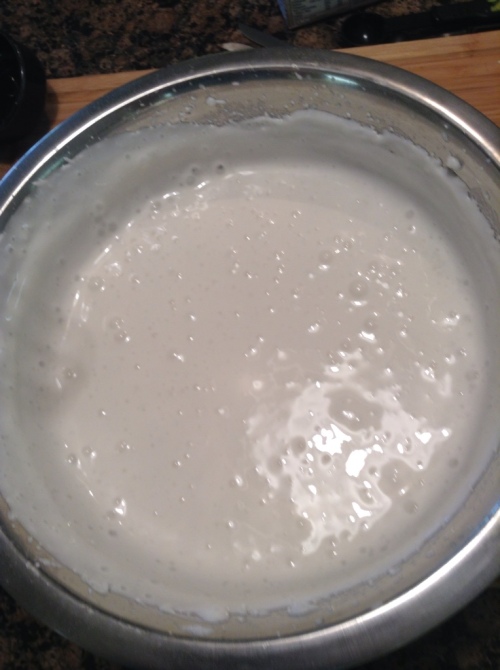 Next start next batch, everything clean, dry etc. stupid………same thing! Ahhhhh this is frustrating! Ditch another batch of gooey marshmallowy substance.

Right! It'll be fun they said. (Rolls eyes and cussing here) go to real egg whites. Web tips say egg whites should be room temperature. My ass, haven't got time for that! Stuff the whisk, going to the beaters too!

Let's move into the addition of sugar, while adding gradually I gave it quick sharp beats to keep peaks! It's working, it's…working….! Didn't wait 30sec's in between either. 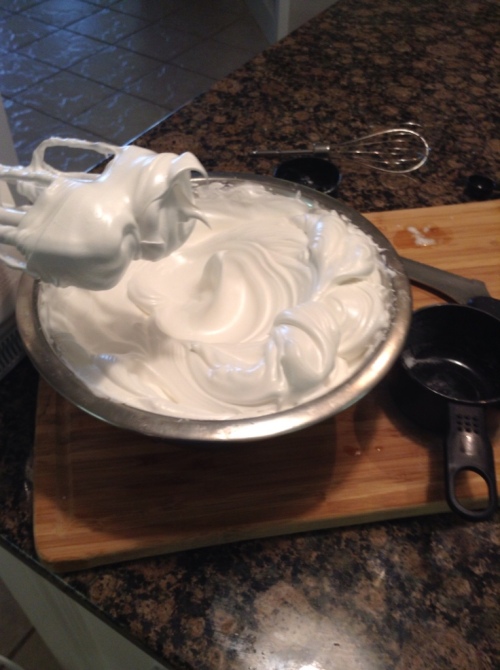 Next throw in the vinegar and give it another whip up! Sensational! Think I finally nailed it!

Now how does that saying go? The proof is in the baking!? Yeah something like that. Well it's looking pretty bloody special at the moment! 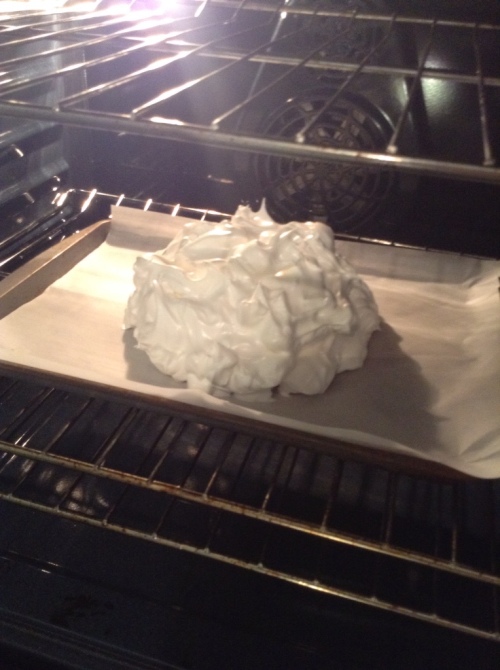 Half an hour in to baking and it is still holding form! Yes, happy dance or excited typing in my case!

Lol, I know you want the after pic right? You'll have to wait til later 😉