Monday arrived in Oparany for Days of Truth. All checked in, caught up with others then made our way to Apartmany Lhota following Colbert. We would never have found the apartments on our own and believe me we did try.

Very neat accommodation sharing apartments with Americans and French. There is a common kitchen, dining and tv room with a billiard table. (Jack and I are 5 games even as of last night) A pool – pity we decided that we wouldn't need our swimmers – sauna and hot tub. We are really only there to sleep after shooting anyway. 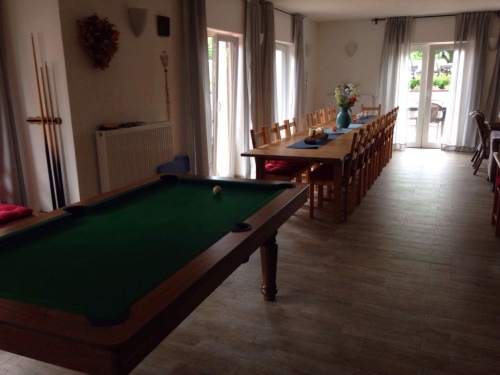 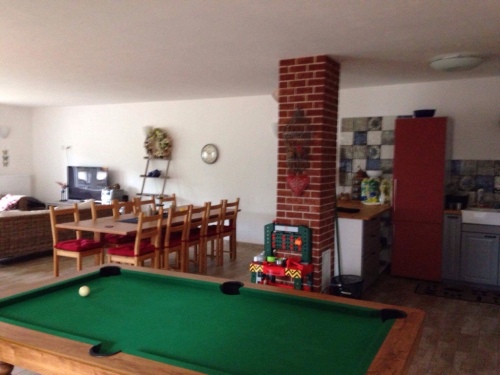 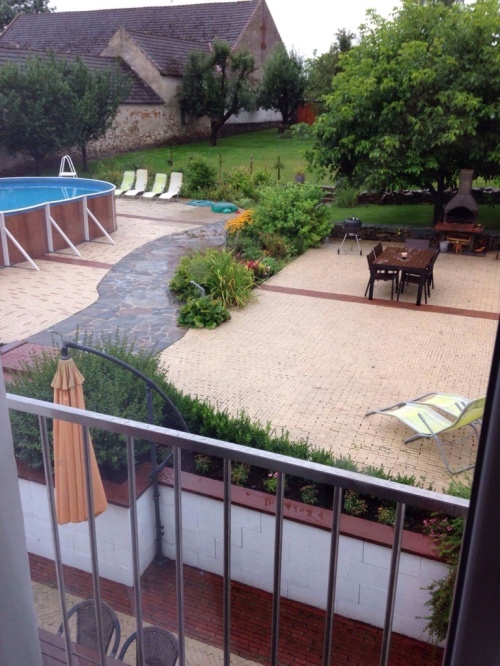 The campground is reminiscent of Chisholm Trail, heaps of campers and nightly parties! Just different flags, and many many different accents!

The range is set for a great match. Target sizes and distances are great and some fun stages. We did a quick walk through them all yesterday after registration and now this morning, have organised gun cart, picked up ammo and ready for warm up. 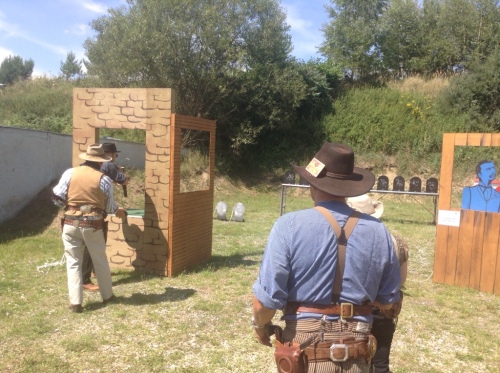 Five warm up stages on Tuesday to iron out the rubbish! Wednesday was a great sleep in day, do a workout, relax, write postcards, do washing and then out to the range for speed events and then dinner and

16 countries were represented at the opening ceremonies which included Australia. 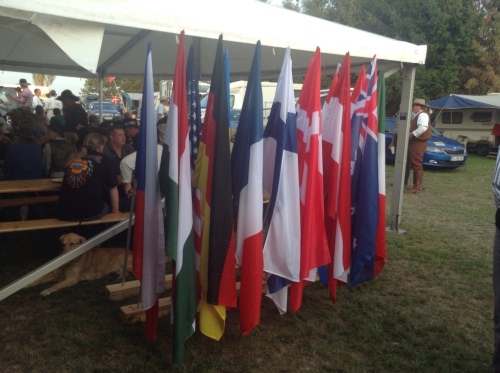 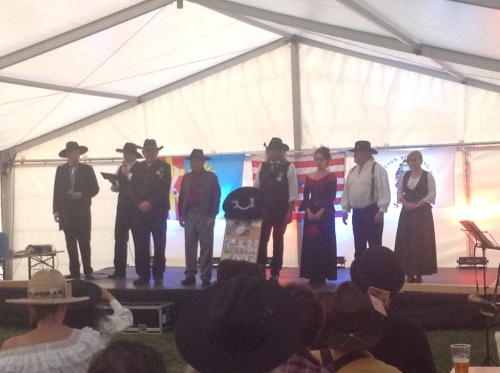 Thursday was first day of main match which resulted with ammo not going off in the rifle so 10 misses for me. The shotgun does not seem to be liking one lot of the lighter ammo here so we have both had some false starts with shotgun also. Very frustrating indeed but it is what it is.

Friday, rain is forecast. We were up at 6am and it's starting to rain. As we get to the range there is already thunder, lightning, heaps of rain and wondering how this match is going to be.

They decide a delay is in order due to the weather, thankfully, and we will sport for another start at 11am. This too does not occur with a delay now until 2pm and approval to shoot late.

Come 2pm it is still bucketing down with thunder and lightning and a foot of water to be wading through on range. Decision comes through that it is cancelled for the day. Others have been consulted and a decision has been made that the previous day's stages have been scrapped and that now we will start fresh tomorrow with 7 stages.

Posses will now be formed into 14 instead of the original 15 (which means we will be shifted into a new posse because we were in 15). Two posse's will be together, 1 shooting, 1 working so we all get through in a timely fashion and can be finished ready for awards and dinner.

Looking forward to a better day tomorrow, let's just say a second chance for me.

……..a few hours later…no, it now appears they have changed their minds again and we will now shoot 9 stages tomorrow and complete the match!