Terezín was in fact, an Austrian fortress during some 400 years of Austrian rule.

In a much happier time of its use, Terezín was built to guard against the Prussian armies.

Other wars had come and gone, allied forces had been formed with Prussia and so on.

The moats, now not in use, could be filled by a number of locke’s in a matter of 24hrs. Underneath the fortress and within it’s walls are a labyrinth of corridors.

They have opened up a 500m section for tourists to go through but there is a network of some 30km under there. 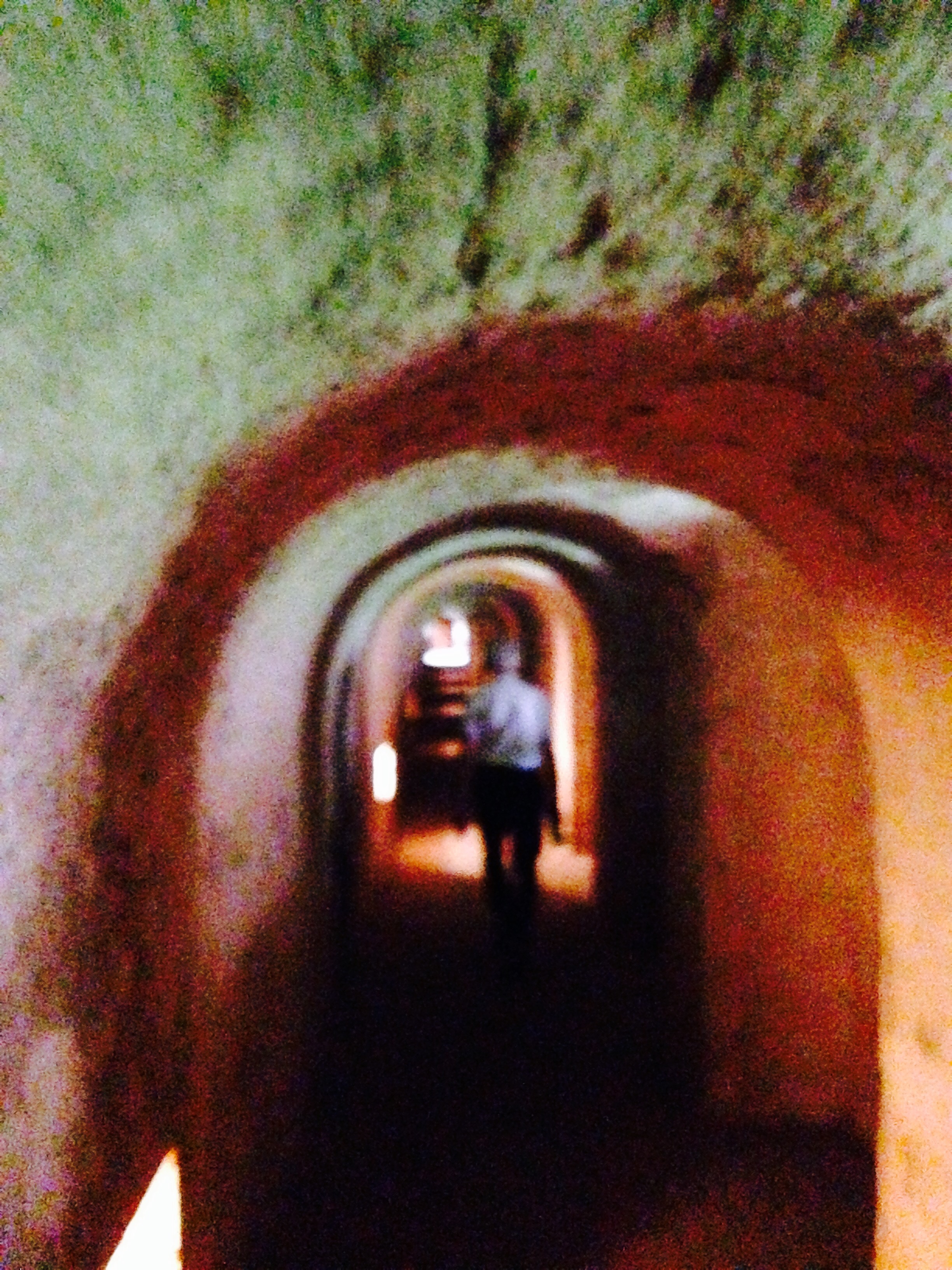 Charles, our tour guide for inside Terezín, spoke with such heartfelt detail and respect during the tour.

Terezín as you may or may not know, housed around 5,800 soldiers in 1939 and later became a concentration camp during 1941.

It had been part of the Jewish ghetto and was used primarily as a holding cell before transferring Jews to the other ‘death’ camps such as Auschwitz. 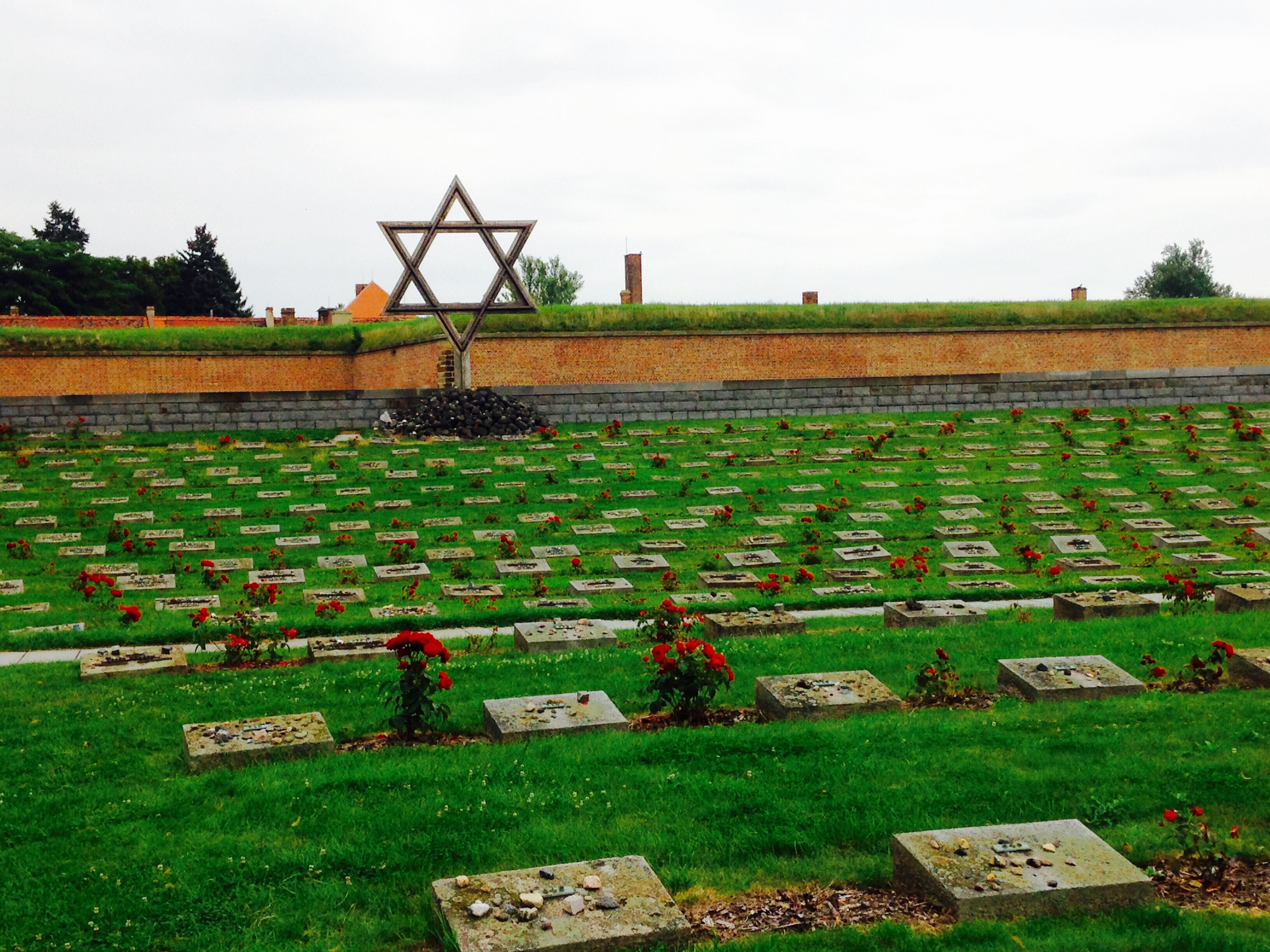 Families were separated, children of various ages were put in kindergarten or schools. Once they reached 16 years they were treated the same as the adults.

As we saw in a couple of places , when the International Res Cross came to these camps, a different story was portrayed. Soccer games were organised for the prisoners, larger dormitories and showering etc. If asked how they were being treated, they were to answer ‘I am feeling very well’. If they didn’t they knew they would be killed.

Gustav, our tour guide from Prague and for the rest of the tour told us figures on people in the camps, how many perished, the conditions they endured, and more.

He told of a group of women who had been sent to Auschwitz but due to failings of the system they were made get dressed again and were sent back to Terezín. They were able to warn others that they were not being sent for showering but to be put to death (he kept using the word liquidated – I find this odd and don’t like that term). The next evening the same women were sent again and gathered together singing their Jewish and Cžech national hymns which certainly surprised the Nazi’s, proving that they could not take away their pride and bravery in the face of death.

After Terezín we were bused into the Ghetto to the once kindergarten and school buildings to a museum.

The museum houses many photographs, names and statistics. Of interest are the children’s drawings on display.

The school teacher upon finding the children were being sent to Auschwitz had packed a suitcase with 4,500 of the drawings and buried it on a courtyard. It was found 2 years after the war had ended. Some are on display here and others are displayed in a museum in New York. 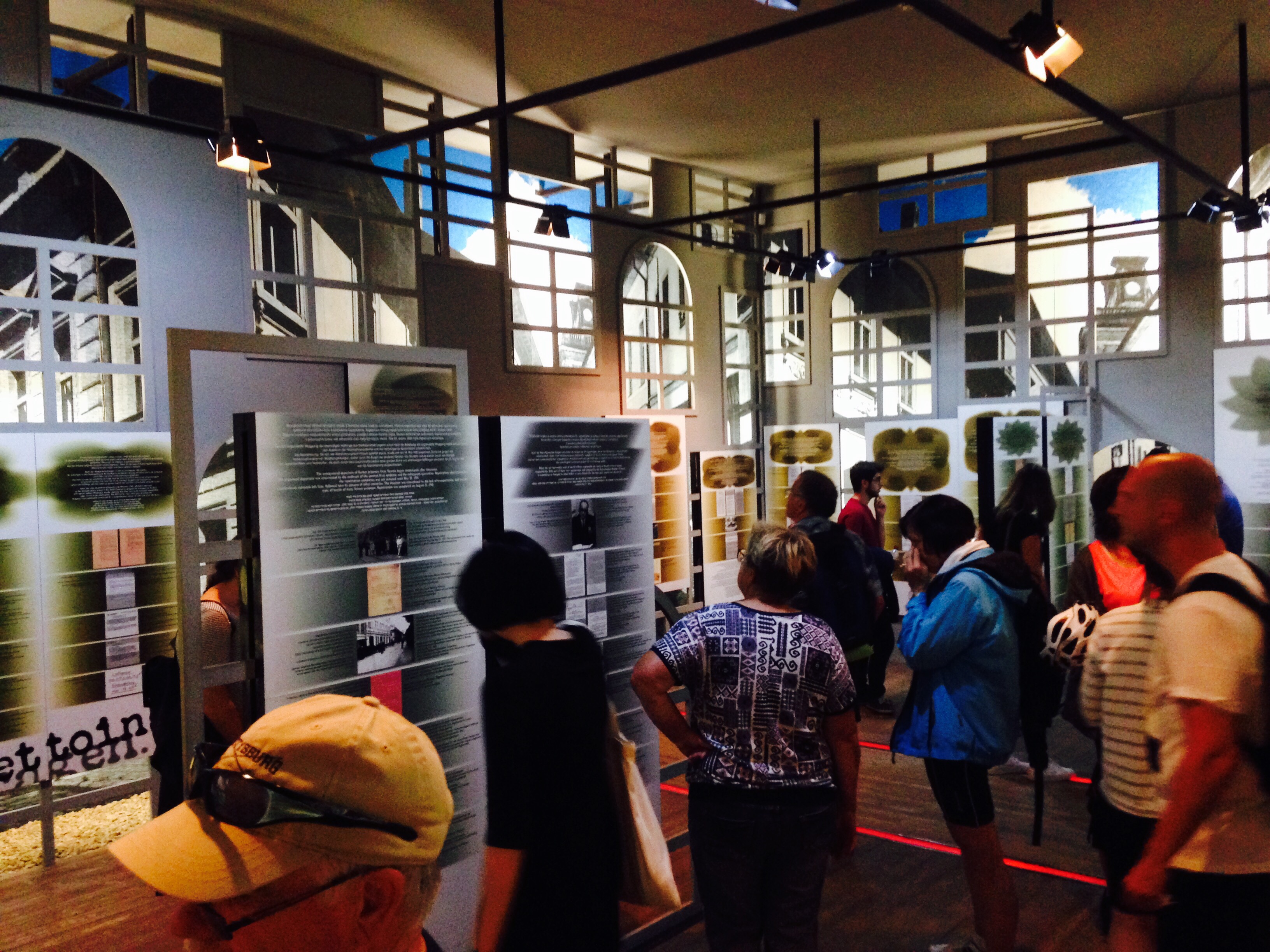 There were also works from skilled Jewish men that were used for propaganda programs, architectural drawings, music, portraits and artwork used for souvenir’s for the Nazi’s. 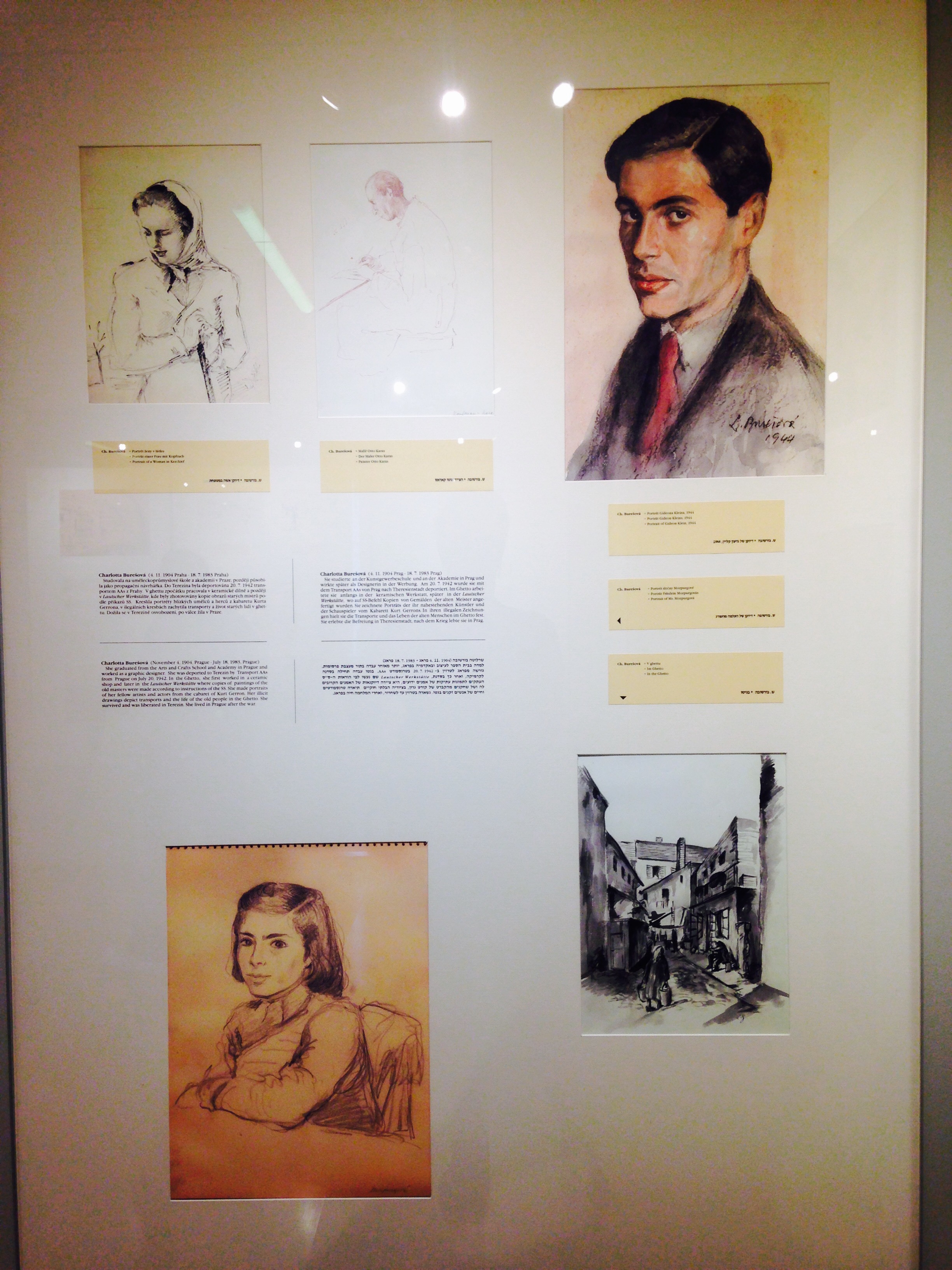 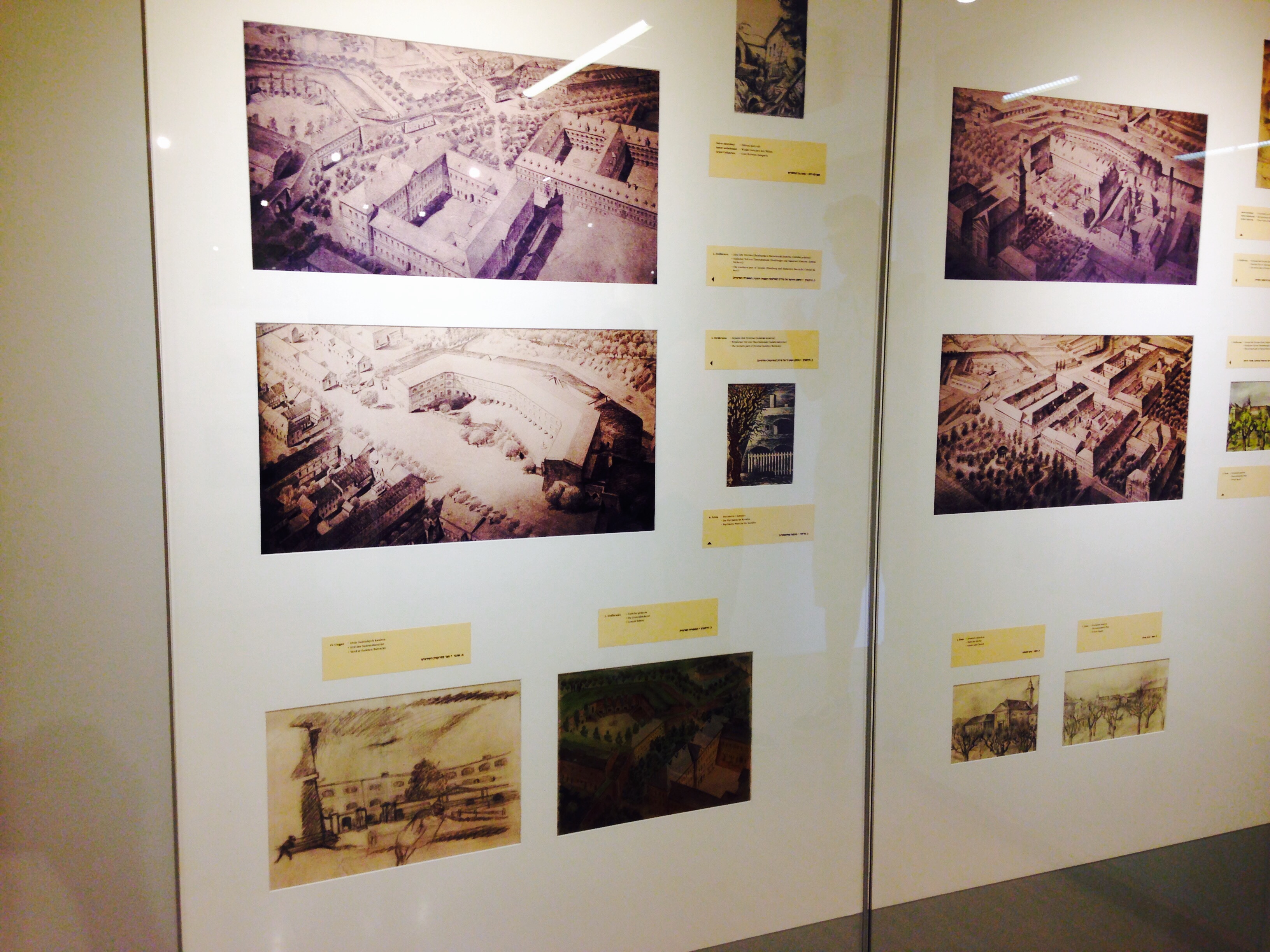 A very humbling experience. We can think ourselves lucky we have not had to experience hardships like this and that is in fact, way too light a description. Trust me.