Now where would be in the country of most consumers of beer (Pivo) and not take a guided tour to a few of the city’s finest.

We met our guide Martin from Urban Adventures at the Wenceslas statue at the top of Wenceslas Square. It was to be a small group of beer connoisseur’s but instead of 5 with two no shows we were down to 3 of us (Gina – a teacher in Wemberley but from Brisbane would you believe!, Jack and myself) and the guide.

Once upon a time in a Bavarian Monastery…..or something like that 🙂 ……during the 9th century, Monks began brewing the famous beverage.

Monks were relatively wealthy and so had the money to buy the best ingredients.

Back in the day when animals were roaming town streets and water was becoming contaminated, the process of brewing beer made it safer to drink beer than water.

Yes you heard me right! Beer! Even the kids were drinking it. Obviously the alcohol content was a lot less than most beers brewed today and they didn’t consume it in the same quantities as we do now.

We took the tram to the first stop which was another new experience for us.

Vino Harady is a vineyard district right in the center of Prague that was used by the monasteries and was turned into a park. Today some of the grapevines are being regrown in the park.

Across from the park in the quieter end of town is our first stop on the tour – Pivnice Usadu.

Now a quick note, Lager is what they call bottom fermented and wheat beer is top fermented with its fruitier flavours and cloudy appearance.

A process that depends purely on the balance of hops to malt ratio balancing out sweetness depending on the brew you require.

So Jack went for Velen which is a wheat beer. I had Sadek, an unfiltered lager. Accompanying this was tapas that Martin ordered (at each stop) for us of Czech tradition. This round was marinated pork belly strips (which wasn’t the fatty version we have seen previous) with horse radish and mustard.

Learning point – water, barley, hops, yeast are the essential and pure ingredients. German tradition and law make this so. There are no other ingredients or flavourings to be added to the mix. Cžech brewers, whilst there is no law, follow this German tradition.

Of course ideal weather and soil conditions contribute to production of the perfect hops. As mentioned it acts to balance the sweetness and also serves as a natural preservative.

As you do, as we have seen Budweiser Budvar signs everywhere, Jack asked the difference between Budweiser USA and Budweiser here. You would have thought he had cussed but Martin explained as best he could.

Budweiser as the Budjovíce bohemian version has been around since the 17th Century. Budweiser Anheuser Busch is German and apparently there are ongoing issues between the two regarding the use of name etc. The original Budvar version is sold in USA under a different label. (Sounds like some similar issues to the McDonalds film I just watched)

Onto the tram again to our next stop and this pub, I notice, uses a different numbering system. Like an 11, 13, or say a 15 beside the name of the beer. Martin explains this is done to grade the beer. The numbers determine the level of malt in the beer and later used in determination of the alcohol by volume percentage is done.

This pub also has unique brews made for them only, these brewers are called ‘gypsy breweries’. Once the beer is all gone they might get a different brewer in. 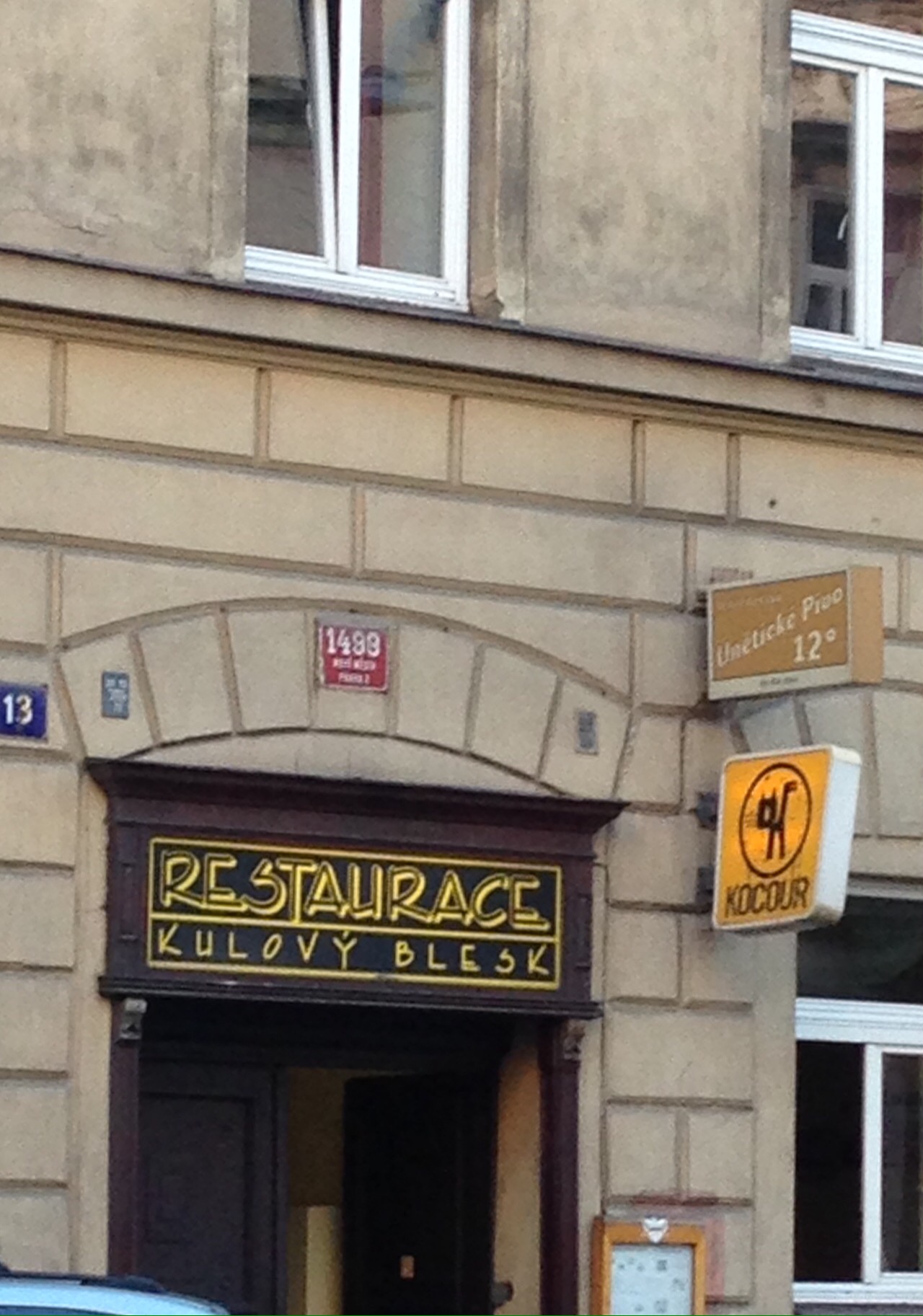 Here we are drinking one called ‘Bad Flash Red Shorts’ an IPA. Paired with a Bavarian style sausage that has been cooked and pickled in vinegar. (Hence the saying – drowning in vinegar or in Aus we would say slightly pickled)

This type of sausage was first produced for an industrial exhibition in the late 1800’s. It has been prepared to serve with beer and has been in pubs since then.

This pub has been here for 160 years. At one stage someone had booked the place for a party and asked if they could provide their own kegs. The publican obliged and when the party finished the left over kegs were served up to locals the next day. They liked it! Hence the changing of breweries regularly now.

It’s now 8.20pm and our third stop, Cafe Kolibka. The Únitece unfiltered lager (can’t remember if we all drank the same but the only one in my notes) with a marinated cheese.

The cheese, like Camembert or Brie, has been marinated in oil, paprika, bay leaf and onion. Extremely good with a thin piece of bread and beer.

The last stop on our tour took us back in near our hotel at a place called Pivovar U Dobrenskych where we have all chosen different beers.

Gina chose a light and refreshing lemongrass style. Jack went for a medium flavored almost IPA called Tribulas and I chose their stout but must have definitely given up typing the name because I’ve got nothing! Lol! No, found a photo, all good! 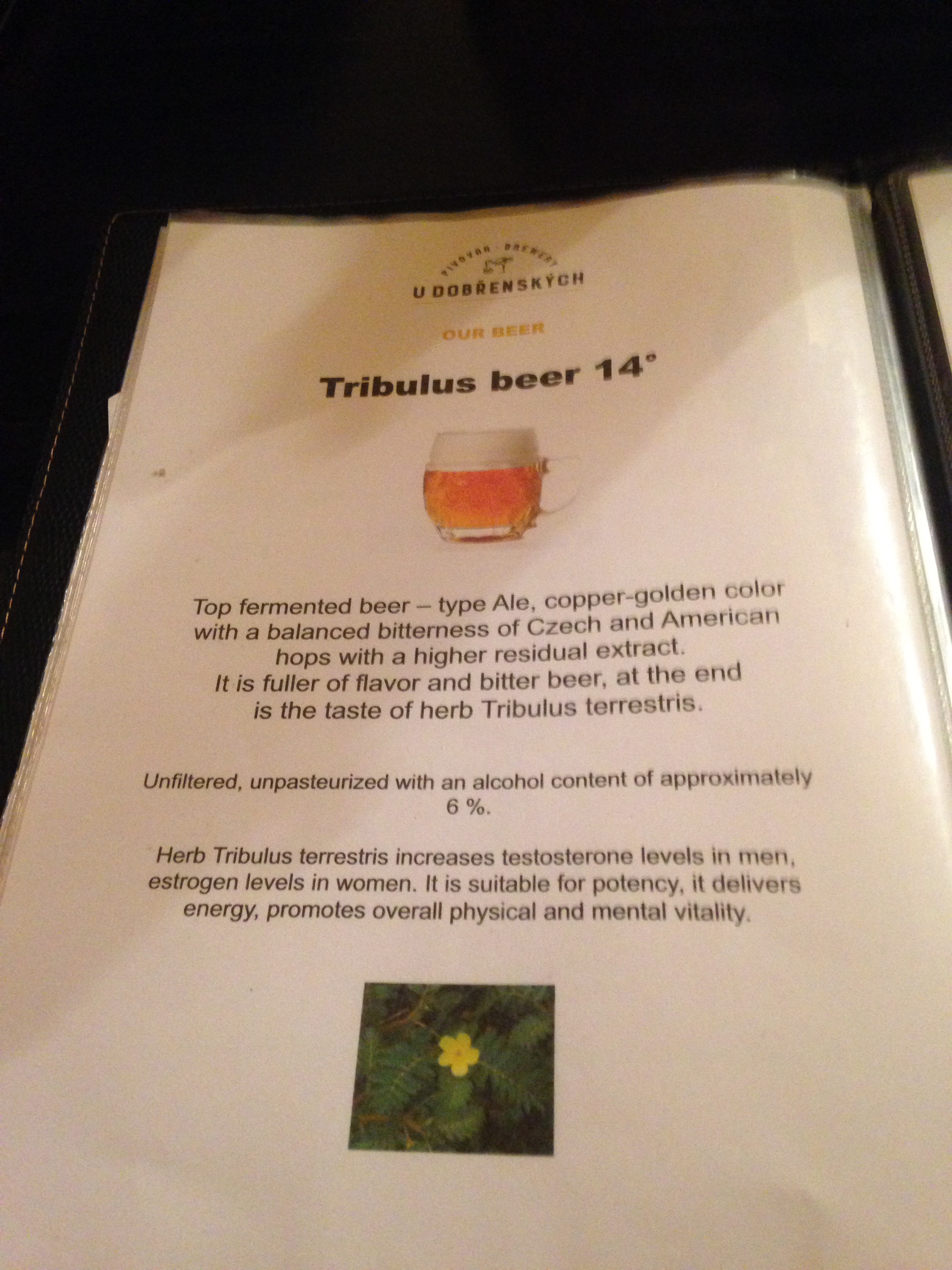 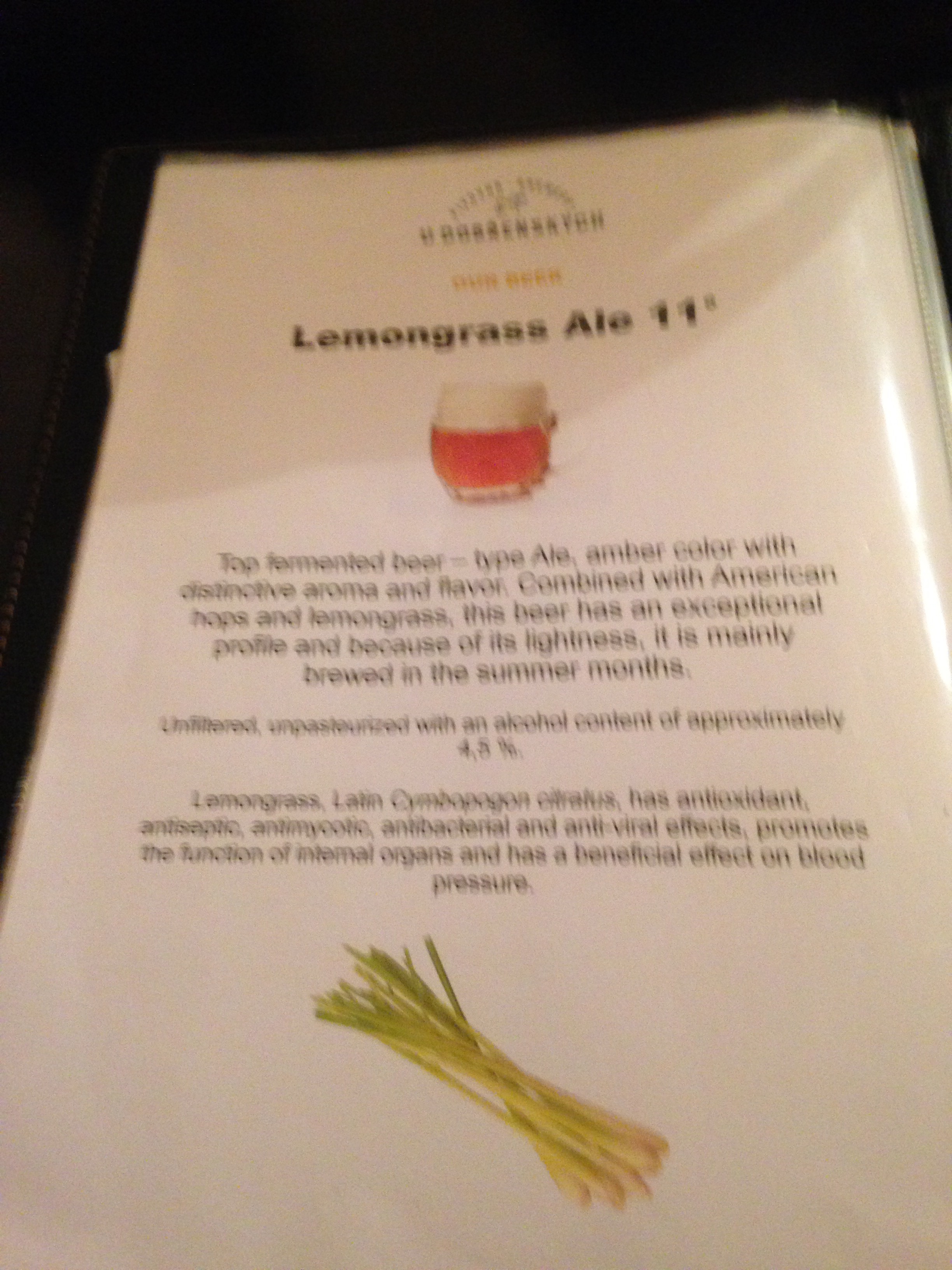 I’m sure it was around 10.30pm or so when we finished this tour. A great evening spent talking over good beer.

Thanks Martin and Urban Adventures, outstanding!