As Mary-Lou July reminisced with her 'sista' Mary-Lou June this week, both still separated by continents, she bugged the hell out of me about getting out again.

So I sent Mary-Lou July with Jack to the Ten Horns this weekend. She was so excited to go visit for their Christmas shoot and party. I hoped she would be on her best behaviour but as always with Mary-Lou July, life IS like a box of chocolates and you never know which one you're gonna get – more than likely the nutty one! 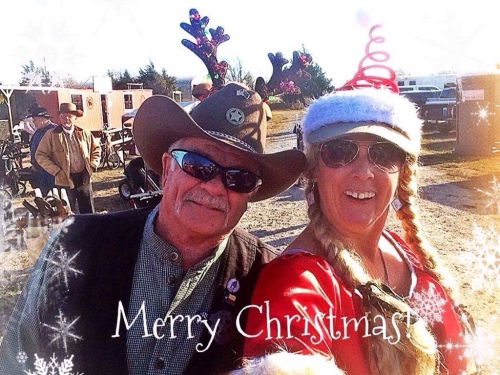 She had me make her a new costume especially. I wasn't exactly thrilled about the 'cat' fur she decided she wanted but with the addition of 4 bells she found (don't ask), I guess she is ready for anything. At least the Ten Horns might have a chance of hearing her coming before they get to endure the nonsense.

Jack being a good sport, took his antlers she found for him (no reindeer were hurt during this process and they definitely aren't Rudolph's!) and they headed out early this morning. 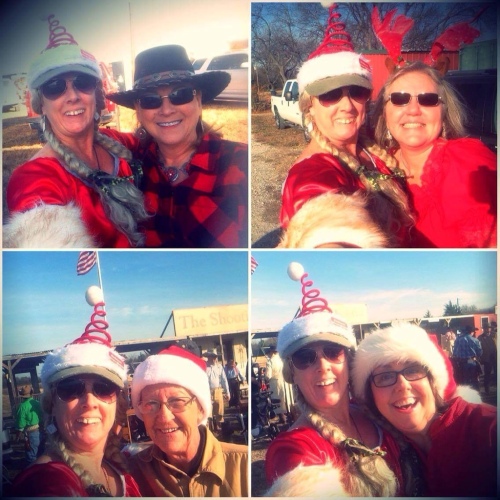 The Texas Ten Horns had a good turn out of 61 shooters on a glorious sun shiney day. It was so good to see Smokin' Limey out and about too even though she wasn't shooting! And Pistol Packin' Pami, so glad you came and hung out with them on the posse. 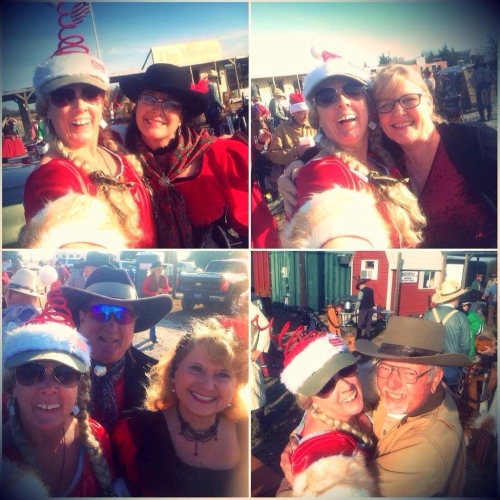 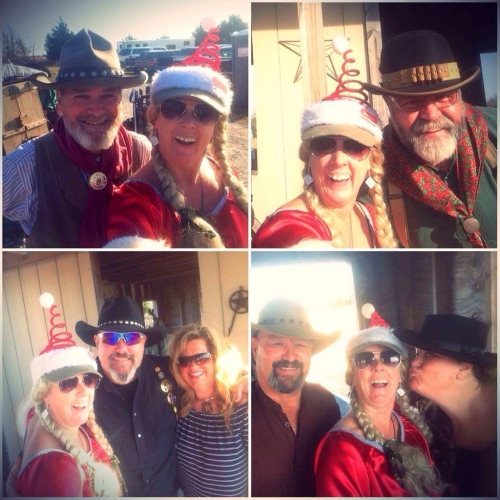 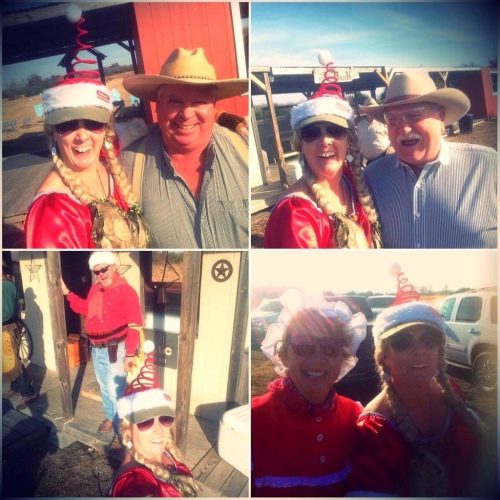 The afternoon followed 6 great stages with their Christmas party! What a hoot!, gifts going in all directions! Buckles and conchos given to the clubs top hands, overall yearly champs and so on. Congratulations to Hillside Hannah and Dirt Hill Bill for overall club championship points winners! 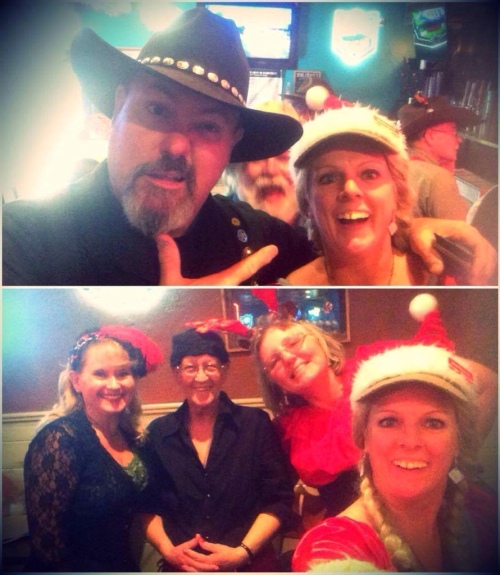 Mary-Lou July was over the moon with her first shooting match, Jack said she had taken on some good tips from me and she managed to finish 5th overall yesterday and 1st overall today. Thanks to the RO's for putting up with the antics and silly lines she started with. 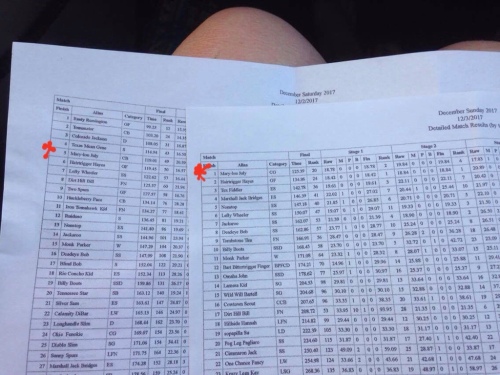 She probably won't be back but thanks for bearing with her!! It's all good fun but I can't subject her to folks too many times, lol!

P.S. A very special thanks to Hairtrigger Hayes and One Chance Fancy for hosting our stay Saturday night. Was a great night chit-chatting, we will definitely do it again. Love and hugs to you both.