A museum found along Hollywood Drive in Jackson, TN, Rusty's is worth a quick stop and if he acquires another building he will have a further 30 cars on display in addition to the 20 displayed in his current building.

Rusty Robinson has been collecting cars since he was 14 years old. He has been buying tv and movie cars with many being the originals. He also has replica's he has built himself and his attention to detail is outstanding.

Rusty will give you a quick tour then leave you to take photo's and check them out.

First we have the original firesuit and hood of Ricky Bobby's – Talladega Nights AND his underwear from the fire scene, lol!

Next the original Fast & Furious Nissan GT-R that Paul Walker drove in the fourth movie and the neon green Eclipse from The Fast & The Furious. 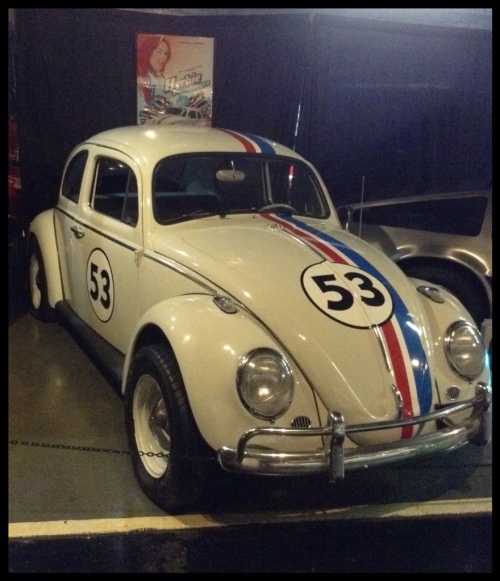 A replica Teenage Mutant Ninja wagon that Rusty built with the actual toy sitting on top.

Starsky and Hutch's Ford Gran Torino. A variety of Gran Torino's were provided for the filming of the series from 1974-1976 models. They all came painted in code 2B “Bright Red”.

Wayne's World original 1976 AMC Pacer with gorgeous baby blue paint and blue and white upholstery. Some other mods were made to the vehicle for the filming and additional restoration was carried after so it could be roadworthy again.

The actual batmobile from Batman movie with Michael Keaton and Adam West's bike from the TV series of Batman.

The 'Death Race' car Jason Stathom drove is the actual one that was built for the film, using a 2006 Ford Roush Mustang as the base.

The General Lee from Dukes of Hazzard is a replica in fine condition. 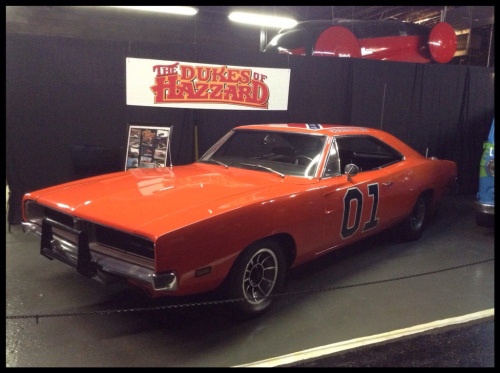 Quentin Tarantino's 2007 film Death Proof featured Kurt Russell. This is the actual Nova used in the film and the jacket Kurt Russell wore.

He's got Munsters, Beverly Hillbillies and Blues Brothers replicas. The Blues Brothers film is said to have crashed the most cars during filming ever.

Then there is the actual sparkly purple vehicle used by Eddie Murphy in Norbit including his shirt.

This bike ridden by Damon Wayans in Blankman, is in full working order with its obscure parts. The main part of the bike was the one Arnold Schwarzenegger road and crashed in Terminator 2!

The gorgeous red coyote from Hardcastle and McCormick.

Last but not least the bike used by Nicholas Cage in Ghost Rider.

I can't remember which cars but Rusty did mention that a couple of them only have 200-500 miles on them. An amazing collection and there are all sorts of other memorabilia as you walk in the door that I didn't get a pic of.

Would definitely visit again when he gets the rest on display.