Second day of Bordertown and it was clear sunny skies and rather warm. We started our last 6 stages on the afternoon shift. A couple of these stages were a little longer but all were great fun thanks to Match Director, Wily Yankee. 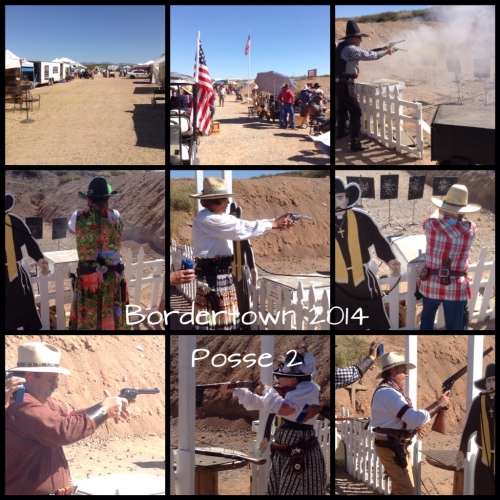 Jack had a couple of better runs today and I was still steady, a little rifle ragged, around the world on one pistol and then came the final stage……..a safety. Clean and a safety! Boo hoo! Put my shotgun down on a table in the middle instead of taking it to the final one where I was going to do pistol and turned around to find my shotgun had closed. Shoulders slumped, stupid girl be more smart! 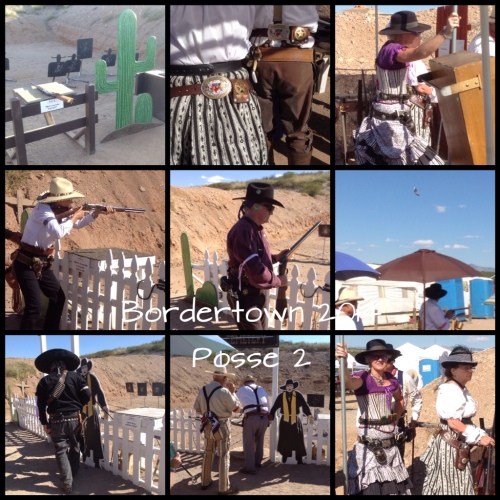 Gotta just keep smiling and working when that happens.

Anyway, onto the dinner and side match awards. The chuck wagon brisket, beans, potato, roll and fudge brownies were sensational – really enjoyed the dinner.

The band was 2Lazy Ranch Band (and I can't do the right 2lazy brand on here) with some folks taking the opportunity of the dance floor, while others just listened to their entertaining tunes. 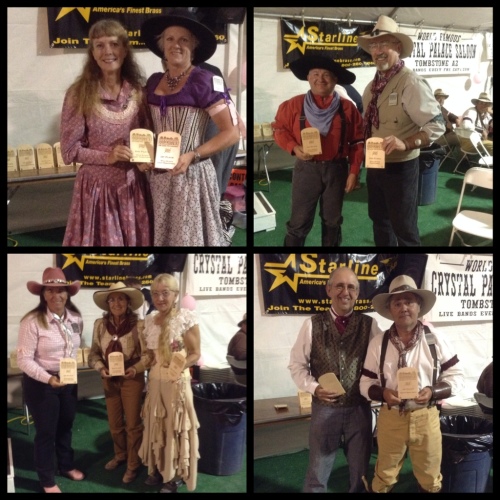 Side match awards were handed out for Long Range events, Speed Events and Wild Bunch. One of our Texas friends Bootstrap Richard received an award for a long range event.

Matt Black won Speed Pistol, Lassiter won Speed Rifle and Hells Comin' Speed Shotgun. Sass Kicker won all 3 for the ladies. Congratulations to all as I can't remember everyone and didn't take notes.

Sunday morning to the range we competed in the couples shoot and were in the lead at one stage only to be taken out by the 'kids' Sass Kicker and Cody James. Then it was the shoot off won by Sassy Dancer for the Ladies and Hells Comin for the Men's!! 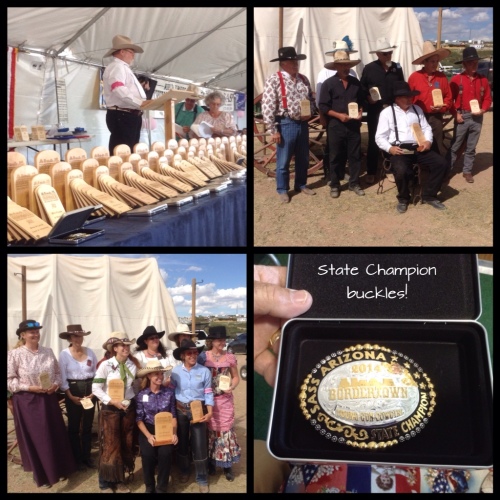 There were 113 clean shooters for the match from 319. From our Posse, Lawless Lori Sue, Swegian Lady, Shirttail Bess, Stagecoach Sally, Cat Ballou, Texas Mac, Texas Flower, Bootstrap Richard, Big Iron Buster, Evergreen Rose, Celtic Rover, Whooper Crane, Kenny Red, Jackaroo and myself all placed in our respective categories. (There may have been a couple more, forgive me if I've forgotten anyone)

Congratulations to all who competed in Bordertown 2014, was a great match. See you all again on the trail somewhere.